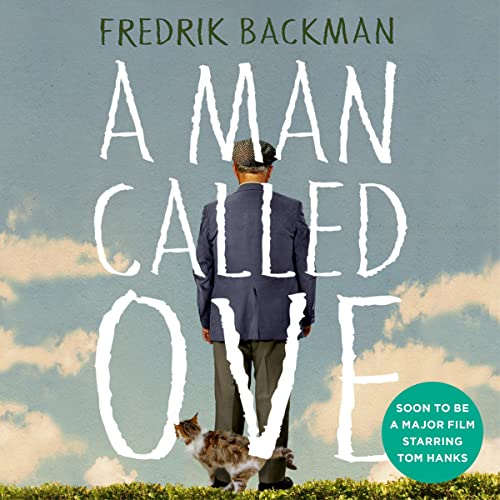 Ove is almost certainly the grumpiest man you will ever meet. He isn't as young as he used to be. He drives a Saab. He points at people he doesn't like the look of. He is described by those around his as 'the neighbour from hell'.Every morning he makes his inspection rounds of the local streets. He moves bicycles and checks the contents of recycling bins, even though it's been years since he was fired as Chairman of the Residents' Association in a vicious 'coup d'état'.

But behind the surly pedant there is a story, and a sadness. And when on a November morning his new (foreign) neighbours in the terraced house opposite accidentally flatten Ove's letterbox, it sets off a comical and heart-warming tale of unexpected friendship which will change one man - and one community - from their very foundations. Quirky and bittersweet, heartbreaking yet outrageously funny, A Man Called Ove is a life-affirming fable for our times.

Switch between reading the Kindle book & listening to the Audible narration with Whispersync for Voice.
Get the Audible audiobook for the reduced price of $10.49 after you buy the Kindle book.
Learn more about membership
By completing your purchase, you agree to Audible’s Conditions Of Use and Privacy Notice.
Sold and delivered by Audible, an Amazon company

4.8 out of 5 stars
4.8 out of 5
8 global ratings
How are ratings calculated?
To calculate the overall star rating and percentage breakdown by star, we don’t use a simple average. Instead, our system considers things like how recent a review is and if the reviewer bought the item on Amazon. It also analyses reviews to verify trustworthiness.

Jacquie Jackman
4.0 out of 5 stars More like a fable, the characters grow on you
Reviewed in Australia on 29 December 2016
Verified Purchase
Much like the people who interact with Ove (pronounced Oo-vah) I have a love-hate relationship with him. The opening pages firmly establish him as an impatient curmudgeon at odds with this modern digital world. His feisty exchange with the young computer salesman sold me and I purchased the audio book (not sure why, but I would've preferred a male narrator- it might have given more authenticity to an grumpy old man story). I thought I would enjoy his clever angst. Sadly, his angry-at-everything personality really grated on me. For the first half of the book I disliked Ove and his unrelenting negativity. I'm all for railing against the stupidity of this modern world, but he got grumpy at EVERYONE for any little thing. He was an uptight stickler. It's only when the story delves in his past that he can be viewed with more affection and understanding. He hates the world because he no longer feels he is apart of it. Loneliness has made him hard and once you understand that, he is likeable and sympathetic. His little friendship with the neighbour's daughter in the latter part of the story is genuinely endearing.

I agree with reviewers who have mentioned that the characters and storylines are simplistic and unrealistic. To me, the author writes with the tone and rhythm of a fable and so the simple narrative is fine in that context. I liked Ova and his neighbours, but not initially. A lot of them are annoying or too one-dimensional to be truly engaging. However, by the book's end I was accustomed to their world and was sad to say goodbye. It's an imperfect novel but enjoyable nonetheless. What I appreciate about this book is that it's a timely reminder that the elderly aren't treated particularly well. A Man Called Ove gives this largely invisible demographic visibility, empathy and a voice. Read the book, then go give your grandparents a visit. They might need it more than you know.
Read more
2 people found this helpful
Helpful
Report abuse

Margaret Sawers
5.0 out of 5 stars I loved
Reviewed in Australia on 28 July 2018
Verified Purchase
I found a man called Ove hard to get into for the first two chapters but after that it was well worth the effort. I loved it
Read more
Helpful
Report abuse

Ross Berry
5.0 out of 5 stars It will should make you take a good look at yourself
Reviewed in Australia on 4 December 2019
Great book about being a good person
Read more
Helpful
Report abuse
See all reviews