Delivery Rates and Return policy
Got a mobile device?
You’ve got a Kindle.

Flip to back Flip to front
Listen Playing... Paused   You're listening to a sample of the Audible audio edition.
Learn more 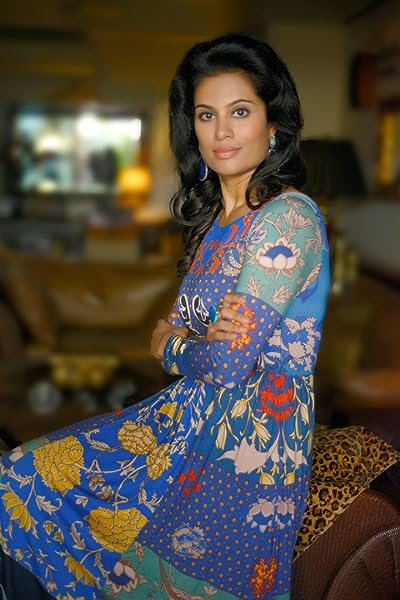 by Bhakti Mathur (Author)
4.4 out of 5 stars 20 ratings
Edition: 1st
See all formats and editions
Sorry, there was a problem loading this page. Try again.

A promise to love and to protect

Is sealed by the special thread of Rakhi.

Learn how this lovey tradition began

With Amma, Klaka and little Kiki.

A story about Indra, the God of lightning.

Learn the power of this special thread and how

Tagore used it to stop brothers from fighting.

The new series from Matilda’s captain Sam Kerr
Discover the new books by Soccer superstar Sam Kerr. Perfect for sports lovers and readers aged 7 and up, the Kicking Goals series is out now. Buy now.

Bhakti Mathur took to writing in 2010 when she created the popular Amma Tell Me series of children s picture books about Indian festivals and mythology. She wrote and self-published her first book, Amma Tell Me About Holi! in 2011 and the series has now grown to eleven books. Bhakti is currently working on a new series titled Amma Take Me in collaboration with Puffin Books, Penguin Random House India. The new series introduces children to major Indian faiths through their important places of worship and the first two books on the Golden Temple in Amritsar and the Sri Venkateswara Temple in Tirupati were published in 2017. Bhakti grew up in Delhi. She obtained her graduate degree in Economics and her postgraduate degree in Finance from Delhi University. She holds a Master of Fine Arts Degree in Creative Writing from Hong Kong University. After a long stint as a banker, she now juggles her time between her writing, her passion for long-distance running, yoga and her family. She is also a freelance journalist, and her articles have been published in the South China Morning Post. She lives in Hong Kong with her husband, their two children and two dogs. When not writing or running after her young boys, Bhakti is happiest curled up with a book in one hand and a hot cup of chai in the other.
Tell the Publisher!
I’d like to read this book on Kindle

Bhakti Mathur, private banker by day, mother to Shiv and

Me' books - a series of picture books about Indian festivals

and mythology for children in the three to nine year age

group. She wrote and self-published her first book, "Amma

series has grown with books on the festival of Diwali, the

Hindu epic Ramayana and stories about the Hindu gods,

"The real motivation for writing the 'Amma Tell Me' series was

to share with my sons the fascinating stories from Indian

mythology that I had grown up with," says Bhakti. "But, I

found that there were no resources that were simple to

understand and that captured the rich imagery of

mythological India that is such an integral part of these

stories for me. So I went ahead and started writing the stories

collaborated on the illustrations to bring out the imagery

that I want my stories to convey."

Bhakti grew-up in Delhi. She studied at Modern School Vasant

Vihar. She obtained her graduate degree in Economics and her

post graduate degree in Finance from Delhi University. She is

a CFA charter holder. She currently works for a major Swiss

Bank and lives in Hong Kong with her husband, their two sons

and their beloved golden Labrador.

Bhakti is a committed writer ambassador for Room to Read, a

An avid reader, a long-distance runner and a yoga enthusiast,

when not working or running after her boys, she is happiest

curled up with a book and a hot cup of tea.

4.4 out of 5 stars
4.4 out of 5
20 global ratings
How are ratings calculated?
To calculate the overall star rating and percentage breakdown by star, we don’t use a simple average. Instead, our system considers things like how recent a review is and if the reviewer bought the item on Amazon. It also analyses reviews to verify trustworthiness.

Deepti
5.0 out of 5 stars Beautifully explained
Reviewed in India on 23 July 2019
Verified Purchase
A must buy !
Read more
Report abuse

Wanna be Supermom
5.0 out of 5 stars Great book explaining this tradition
Reviewed in the United States on 29 September 2020
Verified Purchase
My 6yo Really enjoyed this book. I did as well. Learned more about this tradition which was awesome. We Love this series.
Read more
Report abuse
See all reviews
Back to top
Get to Know Us
Make Money with Us
Let Us Help You
And don't forget:
© 1996-2021, Amazon.com, Inc. or its affiliates