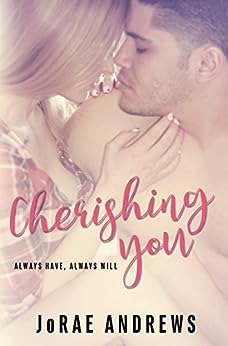 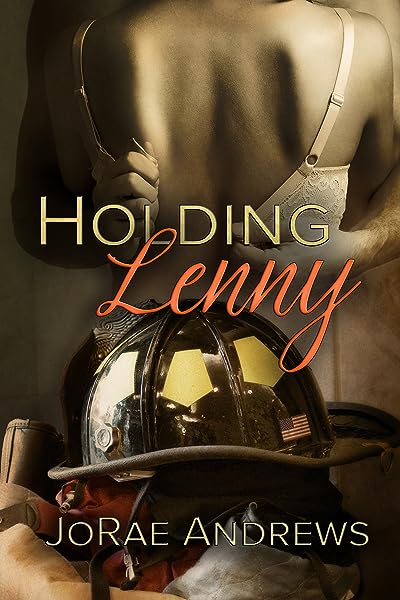 by JoRae Andrews (Author) Format: Kindle Edition
See all formats and editions
Sorry, there was a problem loading this page. Try again.
Four years. That's how long it's been since I've been home. I've avoided home, avoided him since that day.
The day that I lost my best friend, and the love of my life. Not that he knows that part, how do you tell your best friend that you love them? I've been avoiding my home town, my family just so I wouldn't risk the chance of running into him.

Four years ago, she ran off and took my heart with her. She's finally coming home and this time I refuse to let her leave without knowing how I feel. I've waited for her and now it's time to show her what she means to me.
Read more
Previous page
Next page

I love to read and write. When I'm not writing I love taking care of my family, friends, and community. I like meeting new people!

4.7 out of 5 stars
4.7 out of 5
2 global ratings
How are ratings calculated?
To calculate the overall star rating and percentage breakdown by star, we don’t use a simple average. Instead, our system considers things like how recent a review is and if the reviewer bought the item on Amazon. It also analyses reviews to verify trustworthiness.

Angela Hayes
TOP 500 REVIEWER
4.0 out of 5 stars Andi and Ethan grew up the best of friends
Reviewed in Australia on 29 August 2016
4 Stars
Cherishing you is the debut novel from JoRae Andrews.
Andi left her home town, family and friends 4 years ago- to attend college and hasn’t been back since. Not because she didn’t want to, but because she couldn’t risk encountering Ethan again.
Andi and Ethan grew up the best of friends, they did everything together. Secretly in love with one another, but never declaring their feelings for fear of losing the other if their feelings were not reciprocated. Then “she” entered the picture and came between Andi and Ethan. After a heated argument with Ethan, Andi had to leave- she was no longer Ethan’s first choice and her heart was breaking.
Now, Andi has graduated from college and is about to start her dream job in another state. Her beloved parents have finally convinced her to visit them on her way to her new place. Andi’s car breaks down a few miles outside of town, leaving Andi stranded and waiting for help to arrive. Just when she thought her day couldn’t get any worse, Ethan happens to arrive on the scene offering his assistance. Just her luck, the one person she fully intended to avoid during her visit, just happens to be the mechanic sent to help her…. And he looks even better than she remembered.
Ethan can’t believe his eyes, Andi is standing there by the side of the road, looking like a beautiful Angel. He has missed her so much since she has been away and now that she is here, he isn’t going to let her leave without telling her how he feels about her.
Has too much time passed? Will they be able to overcome all the misunderstandings and miscommunications? Will a very traumatic event pull them closer together or push them further apart? Do they finally reveal their feelings for one another, or will ‘life’ get in the way?
This book is written from Duel Points of View. So it made for an interesting read. I think Ms. Andrews has produced a very polished novel, as her first offering. The premise is excellent and the characters are likeable and fully developed. The story flows well and had a great pace to it.
One issue that I had with the story was- although Andi and Ethan had great chemistry and shared several really steamy moments, they didn’t get to consummate their relationship. I felt that this detracted from the story. By the time I got to the end of the book, I felt really frustrated on behalf of Andi and Ethan- getting so very close several times, only to be thwarted at the very last moment, time and again. It is for this reason that I have rated it 4 stars instead of 5.
Overall I really did like the book and thought it was a sweet read.

JBourgeois
5.0 out of 5 stars Love Win's All
Reviewed in the United States on 12 June 2016
Verified Purchase
Andi and Ethan have been best friends forever. They did everything together, they loved each other but never told one another that they were In Love with each other. When a lie was told and you feel like you can't watch the other move on, what happens Andi leaves for college and never returns. As hard as is she returns to see her parents after finishing College and before she starts her new dream job. But being back home and staying away from Ethan will be the hardest thing to do. When Ethan finds out Andi is coming home after not seeing her for 4 years he is determined she will not leave till he tells her how he has always felt about her. Can two people that have loved each other as a friend but wanting more make all the time loss disappear to fade away and see where this strong bond can take them or will a new job in another state tear them apart again. I was blown away by this new author and the story she has written. Amazing First Novel can't wait to read more.
Read more
One person found this helpful
Report abuse
See all reviews
Report an issue
Does this item contain inappropriate content?
Report
Do you believe that this item violates a copyright?
Report
Does this item contain quality or formatting issues?
Report