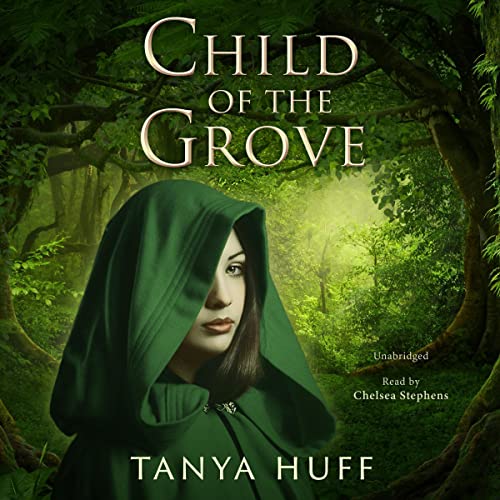 Now available in a new audiobook edition, the first novel published by Tanya Huff—author of the acclaimed Blood Books series—is a tale of magic and betrayal in a realm where once-powerful magic is fading...and a girl whose gifts may be the key to overcoming an evil not known in an eternity....

In a far-ago age, wizards ruled the world with a power so dark even the Elder races feared them. But when their power caused them to unleash dragons from the depths of the earth itself, they were undone by their own hand, thus freeing the world.

Or so it was thought. For now, after many years of hard-won peace, the human kingdom of Ardhan is under threat from the dread king of Melac. Yet the real danger is the king’s counselor, Kraydak—a wizard who survived the slaughter of his kind and has waited until now to rise to power once again. But the world will not be as easy to vanquish this time.

For the royal family of Ardhan is no longer merely made of men. They have blended their destiny with the immortals who dwell in the Sacred Grove—a place untouched by darkness or death. And it will fall to the youngest of that enchanted bloodline to stand against the coming. Her name is Crystal. And she is the one thing in the world Kraydak fears.

Switch between reading the Kindle book & listening to the Audible narration with Whispersync for Voice.
Get the Audible audiobook for the reduced price of $3.49 after you buy the Kindle book.
Learn more about membership
By completing your purchase, you agree to Audible’s Conditions Of Use and Privacy Notice.
Sold and delivered by Audible, an Amazon company

4.4 out of 5 stars
4.4 out of 5
13 global ratings
How are ratings calculated?
To calculate the overall star rating and percentage breakdown by star, we don’t use a simple average. Instead, our system considers things like how recent a review is and if the reviewer bought the item on Amazon. It also analyses reviews to verify trustworthiness.

Kindle Customer
4.0 out of 5 stars History of a wizard
Reviewed in the United Kingdom on 1 February 2022
Verified Purchase
I enjoyed this story, though it's not as good as the Silvered, or The Fire Stone. It still held my interest till the end. Crystal is such a fearful as well as brave person. I'm highly tempted to buy the next book.
Read more
Report abuse

Samm
5.0 out of 5 stars This was a gift for a friend
Reviewed in the United States on 23 September 2012
Verified Purchase
From what my friend told me. He had put this on his list some time ago. That he had read it from a friends collection & loved it so he put it on his list so he would have the full set of books. This did complete his set & he was very happy with the book. He said it was like brand new as far as shape & like he had first told me he loved the book & was glad to have the full set now! Thanks.
Read more
Report abuse
See all reviews