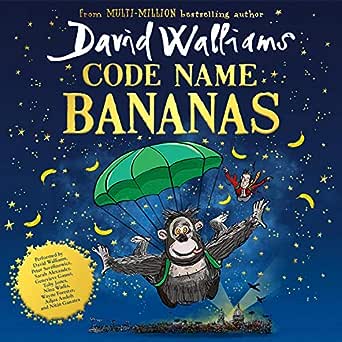 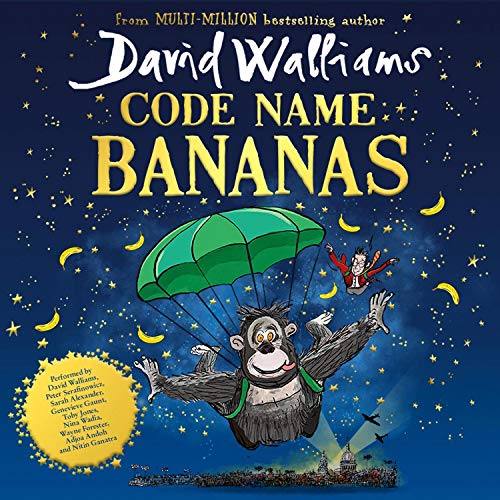 AUDIBLE - 2 MONTH FREE TRIAL
Each month you'll get your choice of audiobook, a bonus book selected by our editors, unlimited access to exclusive podcasts and more. T&C apply. Click here to claim >
Share

By completing your purchase, you agree to Audible’s Conditions Of Use and Privacy Notice.
Sold and delivered by Audible, an Amazon company

4.9 out of 5 stars
4.9 out of 5
8,532 global ratings
How are ratings calculated?
To calculate the overall star rating and percentage breakdown by star, we don’t use a simple average. Instead, our system considers things like how recent a review is and if the reviewer bought the item on Amazon. It also analyses reviews to verify trustworthiness.

Stefan Luke
1.0 out of 5 stars Raj gone?
Reviewed in Australia on 10 January 2021
Verified Purchase
where is the occasional raj appearance? I miss him :( (please bring him back, or is he missing forever?) car tractor bike plane (filling out extras, AMAZING BOOK AS WELL!)
Read more
Helpful
Report abuse

Jo McNally
5.0 out of 5 stars Faboulous and entertaining story
Reviewed in Australia on 9 December 2020
Verified Purchase
Read it to my class at school. They loved it and were totally hooked. Big discussions around WW2.
Read more
Helpful
Report abuse

Julie Jones
5.0 out of 5 stars Happy
Reviewed in Australia on 9 January 2021
Verified Purchase
My son is currently reading this book and he loves it.
Read more
Helpful
Report abuse

Lynne Reid
5.0 out of 5 stars AWESOME!
Reviewed in Australia on 6 January 2021
Really great story. I enjoyed it as much as my daughter. Love that it was narrated by the author and had actors reading the different characters. Not just one person reading the whole book. We will be buying more of Davids books.
Read more
Helpful
Report abuse

Mickie Morrison
3.0 out of 5 stars A good Story
Reviewed in Australia on 17 December 2020
Poor paper quality, but a very nice story for a young child
Read more
Helpful
Report abuse
See all reviews

Helen H
2.0 out of 5 stars This is the last David Walliams book I'll buy, they're so poorly written now.
Reviewed in the United Kingdom on 7 November 2020
Verified Purchase
As ever, as soon as a new book was released, we ordered it. But. This book just isn't as good. Yes, it's been churned out at astonishing speed but that seems to be the goal now. Publish publish publish, regardless of substance. The ever so predictable jokes are getting tired. The relentless mockery of others seeming rather jaded now. How he's managed to fill half a chapter mocking speech impediments I don't know but there we are, my kids all asked me to paraphrase in the end, leaving out the mocking. "It's not very kind" (9yr old). "We wouldn't be allowed to do that" (10yr old) "we wouldn't WANT to do that" (12yr old). The stereotypical mocking of class that is dragged out every book. We've only been reading it one night but the fact my 10yr old said this just sums up this review - "if it were a book by Katherine Rundell or Ross Welford or Philip Pullman or.. or... who wrote the Nowhere Emporium? (Ross MacKenzie) or The Boy at the back of the class (O'njali Raúf) then we'd all be asking for another chapter when you stopped reading but you've read 6 chapters and I think I've been daydreaming for the last 2..." David Walliams seems to have become a caricature of himself now, there seems little depth and authentic writing. The Beast of Buckingham Palace was bad but we read it. The Worlds Worst Teachers we put down after 2 chapters and didn't finish. This one, I fear, may be going the same way. We read and read and read in this house, I still read to all 3 children at bedtime for an hour - even an hour and three quarters to two hours in a really gripping book. But they're not enjoying David Walliams books any more. It's a shame that authors who genuinely produce some amazing works are not given the same opportunities for promotion as Walliams is - I think many people, like us, buy his books automatically and that's the success his publisher thrives on but there are some really super authors out here whose books I would buy automatically without hesitation. As for David Walliams books in future, I think we'll finally pass. This one is the one that's finally made me stop buying his books.
Read more
150 people found this helpful
Report abuse

JMP
2.0 out of 5 stars Enjoyable
Reviewed in the United Kingdom on 8 November 2020
Verified Purchase
My grandson really enjoyed reading this book.
However I am disappointed in amazon for reducing the price of the book the day after sending off all the pre-orders! They will not catch me again!

Amazon Customer
1.0 out of 5 stars The type Ink was on our fingers
Reviewed in the United Kingdom on 11 November 2020
Verified Purchase
We love david Walliam's books but unfortunately when my daughter started reading , we noticed the ink from the page had transferred onto her fingers. the printers have not used permanent ink. I then checked carefully and yesthe ink was transferring to my fingers and all over my clothes

All the other DWalliams Hardbooks have Shiny pages in colour so I am a little concern if this an original and not a copy. So I am returning this

Mrs Annette Noakes
1.0 out of 5 stars Poor condition
Reviewed in the United Kingdom on 4 November 2020
Verified Purchase
The book was damaged when it arrived both the dust cover and the hard cover were ripped.
Read more
15 people found this helpful
Report abuse
See all reviews
Get FREE delivery with Amazon Prime
Prime members enjoy FREE Delivery and exclusive access to movies, TV shows, music, Kindle e-books, Twitch Prime, and more.
> Get Started
Back to top
Get to Know Us
Make Money with Us
Let Us Help You
And don't forget:
© 1996-2020, Amazon.com, Inc. or its affiliates