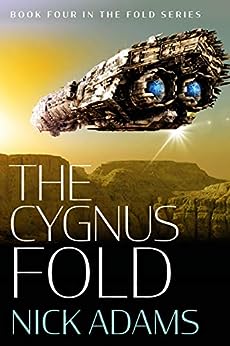 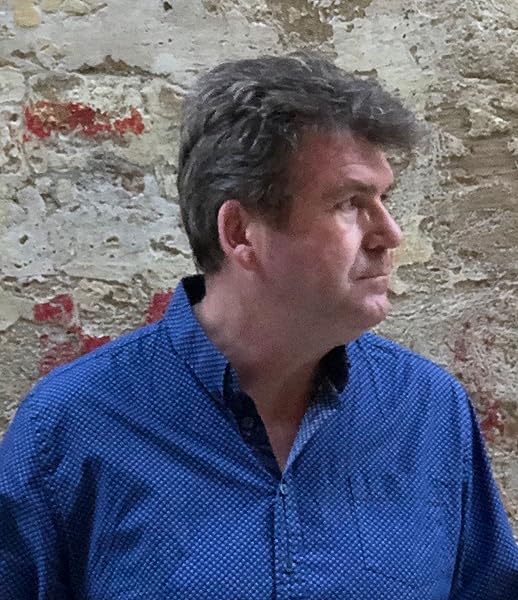 The Cygnus Fold: An edge of the seat space opera adventure (The Fold Book 4) Kindle Edition

Pre-order Slim Aarons: Style with Pre-order Price Protection Guarantee.
If the Amazon.com.au price decreases between your order time and the end of the day of the release date, you'll receive the lowest price. Click here to pre-order now

4.5 out of 5 stars
4.5 out of 5
20 global ratings
How are ratings calculated?
To calculate the overall star rating and percentage breakdown by star, we don’t use a simple average. Instead, our system considers things like how recent a review is and if the reviewer bought the item on Amazon. It also analyses reviews to verify trustworthiness.

BrianM
5.0 out of 5 stars Done and Dusted
Reviewed in Australia on 4 July 2021
Verified Purchase
Thanks Nick another totally enjoyable yarn. I must admit I did have trouble putting it down and I wasn’t looking forward to it ending. The right amount of humour at the right time, some of the problem solving may have been far fetched but… it’s a big universe and you’ve got to get from A to B some how.
And I’m guilty of looking forward to the next episode, maybe ‘Done and Dusted’ would be a good title…?
Read more
Helpful
Report abuse

Paul Cee
5.0 out of 5 stars Fantastic series
Reviewed in Australia on 10 August 2021
Verified Purchase
I loved the characters and stories of this series and hope to see more tales in the near future. Highly recommended
Read more
Helpful
Report abuse
See all reviews

Karl_
5.0 out of 5 stars Cygnus fold. A legitimate member of the Fold series…
Reviewed in Canada on 30 September 2021
Verified Purchase
Nick Adams’ universe, populated by a vivid imagination, garnished with a singularly vast array of emotions and humor - rare ingredients in the sci-fi world - has captured my imagination.

I found, weaved in his tales, an exquisite mix of imagination and logic were the latter is just a tool at the service of a greater domain… If you want a synopsis for Cygnus Fold, you won’t find it in my comment above, which captures what I retained from this tale, after I decided to leave the details to its author.

Amazon Customer
5.0 out of 5 stars Adventure and strife in a realistic universe
Reviewed in the United States on 21 April 2021
Verified Purchase
This is a fun adventure story set in a realistic universe. There is plenty of humor with laugh out loud moments. Ed and his crew valiantly battle the bad guys! It is a story with several surprising twists and turns.
I like this universe because it has examples of at least four vastly different levels of spacefaring technology attained by civilizations that have been in existence for different lengths of time. This seems more realistic to me than the usual science-fiction universe in which there are tens or thousands of different races, all with about the same level of technology.
Read more
Report abuse

James H. Wolfe
5.0 out of 5 stars More please!
Reviewed in the United States on 9 May 2021
Verified Purchase
This series was really engrossing. Good character and lively dialogue. I thoroughly enjoyed all four books but there is one problem:
WHERE ARE THE REST OF THEM?
Get busy, there are many possibilities left in the various universes.
Read more
Report abuse

CONNIE
5.0 out of 5 stars Fantastic Read
Reviewed in the United States on 15 July 2021
Verified Purchase
Nick Adams has knocked it out of the park with his wonderful trilogy of Space adventures. Very sad he hasn’t written more about these characters but I will check his other books and expect they will be just as fast paced and detailed.
Read more
Report abuse
See all reviews
Back to top
Get to Know Us
Make Money with Us
Let Us Help You
And don't forget:
© 1996-2021, Amazon.com, Inc. or its affiliates