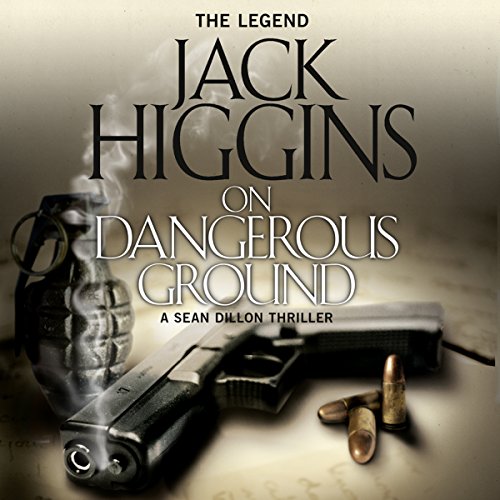 A clandestine treaty. A deathbed confession. The hunt is on for Sean Dillon, who must go head to head with the Mafia.

The year is 1944. Just outside Delhi, a British Dakota crashes, taking lives and destroying a clandestine treaty signed by Lord Mountbatten and the Communist leader, Mao Tse-tung. A historic agreement, one set to change the course of history.

Over 30 years later, a deathbed confession from a Mafia kingpin reveals the answers to untouched secrets about the treaty and just how much the British and Chinese governments would pay for its destruction.

It's not long before Sean Dillon enters the fray, his feared expertise tested as he goes up against the uncompromising violence of the Mafia and the enticing dangers of a beautiful woman, more deadly than any assassin.

Battling ruthless killers and the higher unseen powers of the government, Dillon must expose treacheries and colossal truths and risk everything he loves in an explosive and thrilling quest for justice.

4.5 out of 5 stars
4.5 out of 5
662 global ratings
How are ratings calculated?
To calculate the overall star rating and percentage breakdown by star, we don’t use a simple average. Instead, our system considers things like how recent a review is and if the reviewer bought the item on Amazon. It also analyses reviews to verify trustworthiness.

There are 0 reviews and 16 ratings from Australia

Mark and Susan
5.0 out of 5 stars Excellent read
Reviewed in the United Kingdom on 22 April 2022
Verified Purchase
Really enjoy the Sean Dillon series, well worth reading, well written, and set at a good pace, keeping it fast action
pace when necessary, and slowing it down just enough to keep the readers interest going. Well worth the price, and as stated an excellent read.
Read more
Report abuse

vickyb
5.0 out of 5 stars On Dangerous Ground - Jack Higgins
Reviewed in the United Kingdom on 23 January 2014
Verified Purchase
The novels by this author is a must read I do so love the series with Sean Dillon as the hero I find them so enjoyable that once i've started to read these books I find it had to put them down and if you like these sort of story lines like I do then it's the book for you. I would highly recommend them. Great story lines. Great read
Read more
Report abuse

grannievon
5.0 out of 5 stars Excellent
Reviewed in the United Kingdom on 4 August 2013
Verified Purchase
I read this book many years ago and I found - as with all of Jack Higgins' books - it to be excellent. This particular book is for a present for my son who also enjoys Jack Higgins, but hasn't read all of them yet. Up to now I have bought four books for him as part of his Christmas present.
Read more
Report abuse

Penins
5.0 out of 5 stars very enjoyable
Reviewed in the United Kingdom on 27 February 2012
Verified Purchase
this is one of my personal favourates of jack higgins' sean dillon series as jack higgins throws in an extra element in the beggining of the book with sean being supposedly too badly injured to continue in his line of work (you will have to read the book!) the story then continues on an equaly enjoyably intresting line with many new memorable characters. if you like sean dillon you will LOVE this!!!!!!!!!
Read more
4 people found this helpful
Report abuse
See all reviews