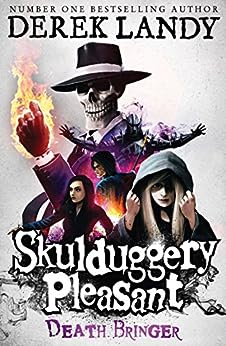 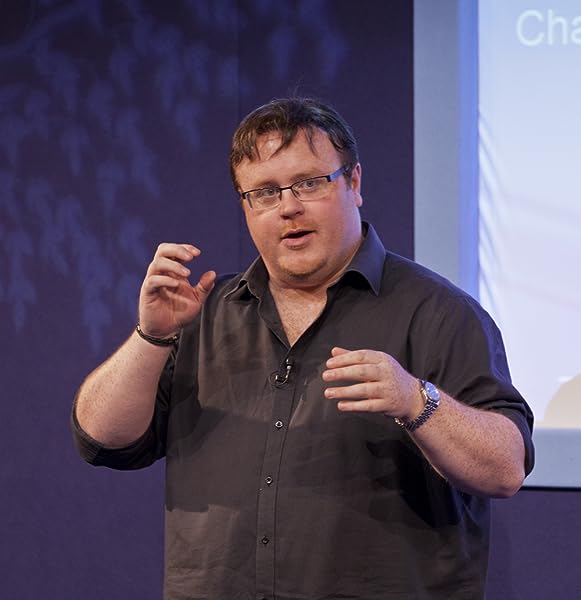 “A high-intensity tale….Readers, particularly Artemis Fowl fans, will be skipping meals and sleep to get to the end.”
― Kirkus Reviews (starred review)

“Rich fantasy that is as engaging in its creative protagonists and villains as it is in the lightning-paced plot and sharp humor.”
― BCCB

“Landy keeps the action brisk, his characters slightly macabre, and uses humor to take the edge off.”
― ALA Booklist

“Skulduggery Pleasant serves up a thoroughly satisfying blend of humor, magic and adventure. Once you’ve met Stephanie and Skulduggery, you’ll be clamoring for a sequel.”
― Rick Riordan, author of the Percy Jackson series

--This text refers to the digital edition.

--This text refers to the digital edition.

4.8 out of 5 stars
4.8 out of 5
603 global ratings
How are ratings calculated?
To calculate the overall star rating and percentage breakdown by star, we don’t use a simple average. Instead, our system considers things like how recent a review is and if the reviewer bought the item on Amazon. It also analyses reviews to verify trustworthiness.

Kendrick
5.0 out of 5 stars good book
Reviewed in Australia on 16 August 2018
a little hard you understand at first. love you Derk Landy.
This book is exellent for people ages 10-13. SPOILERS it is about a girl who the necromancers want to kill halve the world with, to stop people from becoming dead.
Read more
Helpful
Report abuse
See all reviews

⭐️Nez⭐️
5.0 out of 5 stars Another wonderful Skulduggery Pleasant book! Can't put it down!
Reviewed in the United Kingdom on 14 November 2019
Verified Purchase
Bought this for my son who is an avid reader and gets through books like there's no tomorrow. He picked up a Skulduggery book from a charity shop and really enjoyed it so we decided to get him the rest of the series.

My son loved this book! He thought book 5 was good, but this one blew his socks off! He said it was so good that I decided to read it myself. I can confirm that it is brilliant. It's full of humour and moves along at a cracking pace. This book is basically Valkyrie and the Death Bringer trying to prevent and destroy the evil... hang on... I don't really want to tell you much as it may spoil it and I don't wan't to do that!

Basically, this book is fantastic but DO NOT read it without reading the previous 5 books first - things will make a lot more sense then. That's what my son told me and that's what I did.

Summary: An excellently written book that you won't be able to put down. Recommended for kids and adults alike!
Read more
Report abuse

Princess of the Midnight Stars
5.0 out of 5 stars Soooooooo amazing!
Reviewed in the United Kingdom on 26 September 2011
Verified Purchase
I'm a huge fan of Derek Landy and anything he writes and this was no exception for me. In fact, I've been so in love with this book I decided to re-read the rest of the series too and I enjoyed doing so immensely.
For those who are unaware of the legend that is Skulduggery Pleasant then don't read any further, it will spoil the previous 5 books and we don't want that. For everyone else, read on for synopsis of Death Bringer (as seen on Goodreads):

Indeed it is a very bad thing, as I quickly discovered while reading this book! Death Bringer is following the trend in this series in the sense each book seems to get slightly darker, but this is in no way a bad thing and it certainly doesn't detract from the humour, as I was doubled up laughing on so many occasions I lost count.
One thing that always amazes me with this series is Landy's ability to put Valkyrie and Skulduggery in the most terrifying situations and still have them make a joke of it. It's just stupidly hilarious. I love it.

On a more serious note the threat increases, especially with Valkyrie still facing the fact she may turn into the terrifying sorcerer that is Darquesse and without spoiling things I will say that we learn a lot more about said evil sorcerer in this book and how she comes into being.
On a personal note, as much as I love Valkyrie, her slightly selfish streak comes out as her love life becomes slightly tangled and by the end of the book I had the urge to hit Caelan the vampire over the head with a vampire romance novel, (since he seemed to be spouting a lot of prose from one) even if some of it had me laughing.

With regards to Skulduggery himself, there was such a big 'wow I didn't see that coming' moment that I was left stunned for a little while and had to re-read the page I'd been reading. The effect it has on his relationship with Valkyrie is pretty intense, though I will say personally I think it makes them stronger in the end.
Taking both the big revelation about skulduggery and Valkyries supposed 'destiny' there is one amazing battle towards the end of the book that is truly breath taking and it isn't what you think it will be either.

Skulduggery's secrets aren't the only ones being spilt either as a lot more is revealed about China Sorrows, and some other characters that have been alluded to before make an appearance throughout the novel.
Even with all the revelations, fights and the 'passage' being brought into being there's laughs a plenty, a cute gurgling baby called Alice, a love-struck vampire and annoying brat named Melancholia St Claire (whom I hate) and lets not forget Lord Vile.

Anyway, it may be a good idea for me to wrap this review up before I accidentally post spoilers. But wow, this book is amazing. Just read it. READ IT!
Read more
2 people found this helpful
Report abuse

V. J. Wigley
5.0 out of 5 stars More Magical madness and mayhem
Reviewed in the United Kingdom on 16 September 2018
Verified Purchase
I thought the epic volume 'Mortal coil' would take some beating, but Derek Landy ramps it up a notch with 'Death Bringer'. a real rollercoaster ride, punctuated with some brilliant wry humour, the pace never slackens. as with all of the series, don't read the pages at the back about the next volume in the series, there are spoilers. Highly recommend you start from book one, great fun.
Read more
Report abuse

Kindle Customer
5.0 out of 5 stars Wow
Reviewed in the United Kingdom on 26 August 2016
Verified Purchase
I have read lots of these books before but this takes the cake!
I knew that Caelan was bad news but what I don't understand is why Valkyrie didn't just say that he was stalking her so that people could help! I hope that that is them last we see of the king of broading and sad poetry!
I love it!
Read more
Report abuse
See all reviews
Back to top
Get to Know Us
Make Money with Us
Let Us Help You
And don't forget:
© 1996-2021, Amazon.com, Inc. or its affiliates