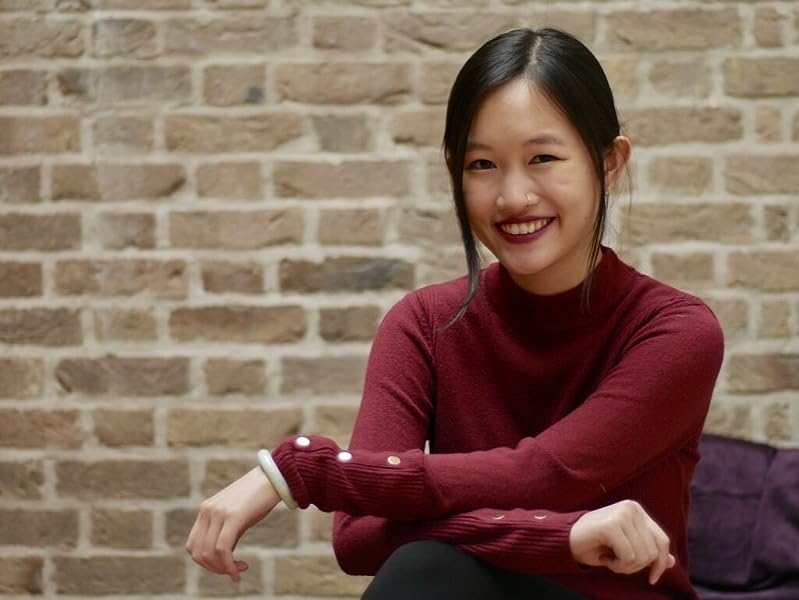 Page 1 of 1 Start overPage 1 of 1
Previous page
Next page
Start reading The Dragon Republic on your Kindle in under a minute.

Noise: The new book from the authors of ‘Thinking, Fast and Slow’ releases on May 19.
If the Amazon.com.au price decreases between your order time and the end of the day of the release date, you'll receive the lowest price. Pre-order now.

"Kuang's descriptive storytelling reveals the grueling psychological and material cost of war on combatants and those they are supposed to protect. Fans of epic military fantasy will be eager for the next volume."--Booklist (starred review)

“Kuang brings brilliance to this invigorating and complex military fantasy sequel to The Poppy War.”--Publishers Weekly on The Dragon Republic

"The Dragon Republic is straight up incredible [...] It's big, bold, beautiful, and badass."--Fantasy Hive

"This stunning sequel to The Poppy War is an epic journey of vengeance, friendship, and power . . . Kuang has created a young woman torn by her connections to friends and family, searching for love and belonging, and given power beyond her imagining. Her story is unforgettable."--Library Journal (starred review) on The Dragon Republic

"Her story's refreshing, shocking, and there's some sort of invisible phoenix fire god controlling everything. Behold the horizons of fantasy expand."--Wired

The war is over.

The war has just begun.

Three times throughout its history, Nikan has fought for its survival in the bloody Poppy Wars. Though the third battle has just ended, shaman and warrior Rin cannot forget the atrocity she committed to save her people. Now she is on the run from her guilt, the opium addiction that holds her like a vise, and the murderous commands of the fiery Phoenix--the vengeful god who has blessed Rin with her fearsome power.

Though she does not want to live, she refuses to die until she avenges the traitorous Empress who betrayed Rin's homeland to its enemies. Rin's only hope is to join forces with the powerful Dragon Warlord, who plots to conquer Nikan, unseat the Empress, and create a new republic.

But the Empress and the Dragon Warlord are not what they seem. The more Rin witnesses, the more she fears her love for Nikan will force her to use the Phoenix's deadly power once more.

Because there is nothing Rin won't sacrifice to save her country . . . and exact her vengeance.

R.F. Kuang studies modern Chinese history. She has a BA from Georgetown University and is currently a graduate student in the United Kingdom on a Marshall Scholarship. The Poppy War is her debut novel.
Read more

4.5 out of 5 stars
4.5 out of 5
1,345 global ratings
How are ratings calculated?
To calculate the overall star rating and percentage breakdown by star, we don’t use a simple average. Instead, our system considers things like how recent a review is and if the reviewer bought the item on Amazon. It also analyses reviews to verify trustworthiness.

Mr. A Weston
4.0 out of 5 stars Powerful and provocative.
Reviewed in the United Kingdom on 22 July 2020
Verified Purchase
Fang – Rin – Runin has unleashed the beast within and can’t put it back, for the Phoenix god is an uncontrollable force of nature that can never be subdued by force of will alone. Because of this, Rin becomes an opium addict, haunted by the terrible atrocities committed in her god’s name. Unfortunately, that also means she’s a renegade too, on the run from her own people, the authorities, and those who would experiment on her to find out the secrets of her power.
She wants revenge. Revenge on those who would use her to their own ends; those who would see her dead; and especially on the Empress who sold out her homeland.
Fortune seems to shine on her, for the powerful dragon warlord seeks to overthrow the empire and replace it with a republic. He seeks Rin’s aid, promising her power and influence if they are successful, and most of all, freedom for her kind.
But things are not what they seem, and Rin is betrayed at every turn, forcing her to realize that perhaps the Phoenix god has been right all along?
The Dragon Republic is another powerful story from R.F. Kuang. And while I didn’t enjoy it quite as much as The Poppy Wars, it nevertheless managed to encapsulate the futility of war, and that no matter how powerful we become, we’re still pawns in someone else’s game.
Read more
Report abuse

LarsLovesBooks
5.0 out of 5 stars Incredible!
Reviewed in the United Kingdom on 9 November 2020
Verified Purchase
I thought the Poppy War was amazing but this blew me away! Soo much more everything. War, pain, betrayal, love, knowledge, power, growth!

Rin starts off in this book as this small whining little girl who can’t deal with what she’s done and the destruction she’s wrought. So much so she lets herself be a drug addled puppet for whoever is willing togive her orders so she doesn’t have to think for herself - allowing her to claim she’s only following orders. Incredibly she is able to eventually confront her demons, face the truth and grow into this incredible being.

I love how all the characters have different shades of grey in their moral compass. They all make incredible shifty and awful decisions and have their own demons to fight. A lot of people also die in this book many whom I will miss dearly in the next.

If the first book was based on historical events, I am curious to know if this one is as well. I am totally invested in reading about Chinese history. I thoroughly enjoyed reading this and cannot wait to dwelve into the next book!
Read more
Report abuse

Dorte
2.0 out of 5 stars Buy a GOOD fantasy book instead
Reviewed in the United Kingdom on 12 February 2021
Verified Purchase
The first book (a trilogy) starts with the story of a young girl from the hinterland arriving, despite predictable disadvantages - a brown skinned Cindarella - at a high-class university where she (again predictably) has to go through the "usual stuff" to prove herself worthy. Then various powers including gods, magic, and evil, white-skinned people from the West turn up, and our heroine has to battle them, too. It all gets bloody - and bloody boring. For a hero/heroine to keep a grip on the reader, he or she ought to show some interesting development, maybe a growing sense of empathy, compassion. Instead, it's all a never ending, bloodshedding fight despite the author's rather unsuccessful attempts at claiming otherwise.
I've read all three books; unfortunately, the first is the best...
Books like these aren't doing anything good for fantasy literature.
Read more
Report abuse

Luke
4.0 out of 5 stars Another very good fantasy tale
Reviewed in the United Kingdom on 4 December 2020
Verified Purchase
So I don't think I've quite jumped on the hype of this series quite like everyone else. I do love the setting and the unique lore, but there are just too many onconsistencies. My biggest gripe with this series is just how grumpy everyone is. I understand the main character is supposed to have a short temper as it helps flare her power but this shouldn't stop her from being able to joke and take a joke either - neither of which she does. Luckily some of the other characters really brought in some personality and humour to the book which made it a more enjoyable character tale to read. My only other gripe is there's a lot of war involved - which I know is the premise and I knew going into it - but it is mostly all they talk about and it can be hard to keep track of sometimes.
Read more
Report abuse

Bluntly Bookish
4.0 out of 5 stars Shocking, believable and utterly magical
Reviewed in the United Kingdom on 10 March 2021
Verified Purchase
Spoiler alert if you haven’t read my review of The Poppy War yet (which I think you really should) this book is not for the faint of heart. It deals with some gruesome topics and themes, war, genocide, torture, racism, rape it all makes an appearance in one form or another.

That being said, this book or in fact the entire series, should be on your to-read list. The second instalment in this series has confirmed where the true power lies. It’s the characters. Starting with Fang Runin ‘Rin’, she is flawed to the point of frustration. She is naïve and impulsive, quick to anger and shirks responsibility given the chance. Rin leaves the reader frustrated and exasperated, excited and elated, terrified and degraded. She leaps off the pages, becoming a larger than life character who is a real as you and me. Her actions are believable, her inner monologue familiar, her securities understandable. She breaks the confinements of the written world and materializes as someone we have met, have seen, have known in our everyday lives. Minus the obvious ability to call down an all-powerful, all-consuming god that is. And the same is true for the cast of accompanying characters that force us to see this world from different perspectives.

Where the Poppy War swept us up in Rin’s conviction, the justifications of her actions, the classifications of ‘good’ and ‘bad’. The Dragon Republic will leave us reeling, wondering if we had it wrong all this time. Questioning if we might have done the same as the Empress if we had been placed in her shoes. It skews our view of who and what to trust until there is nothing left but questions.

Kuang expands on the detailed world she has laid out in the Poppy War. Introducing us to new races, cultures and even utterly believable forms of magic that we could not have imagined previously. This book does not only live up to the expectations that inevitably followed The Poppy War, but it surpasses it. The Dragon Republic is a sequel that you will not be able to put down. Easily thwarting the second instalment syndrome that has plagued so many that came before.
Read more
Report abuse
See all reviews
Back to top
Get to Know Us
Make Money with Us
Let Us Help You
And don't forget:
© 1996-2021, Amazon.com, Inc. or its affiliates