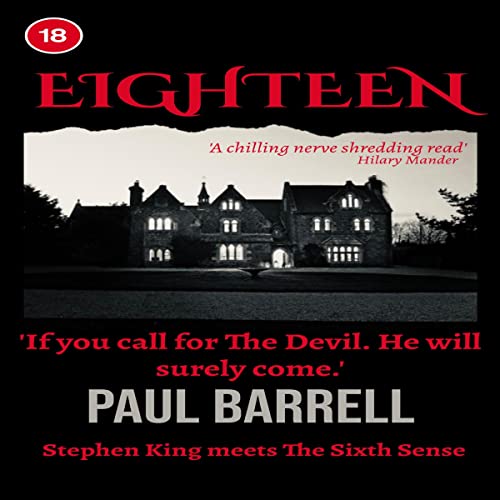 It's Halloween, and against their parents' advice, three teenage friends decide to hold a séance. At first, it seems the dead don't want to talk, but slowly, shadows of the past start to emerge. The contact begins - a Roman legionnaire, a Polish boy, and a famous cellist all come through with messages. As the teenagers concentrate on the process, keyed up with excitement, exhilaration, and fear, aspects of the three teenagers' personalities start to appear.

Jeff and Jo both have demons of their own while JP, the youngest, appears to be the most vulnerable and most affected by the strange energy that moves the glass. However, their innocent fun is curtailed when a new spirit arrives. Despite their efforts, the uninvited will not divulge its name, and there is something sinister and threatening about its tone. They soon realize that it knows their innermost secrets. How? Is one of them duping the others? Or, are they in contact with a much darker force.

When a disturbing truth abruptly ends their evening, they presumed it would leave them alone. They were wrong...

4.1 out of 5 stars
4.1 out of 5
7 global ratings
How are ratings calculated?
To calculate the overall star rating and percentage breakdown by star, we don’t use a simple average. Instead, our system considers things like how recent a review is and if the reviewer bought the item on Amazon. It also analyses reviews to verify trustworthiness.

gary tervit
5.0 out of 5 stars Great read
Reviewed in the United Kingdom on 1 November 2021
Verified Purchase
make sure all the lights on when u read this, and check under the bed for good measure
Read more
One person found this helpful
Report abuse

Daniel twiselton
5.0 out of 5 stars An edge of your seat read
Reviewed in the United Kingdom on 4 November 2021
Verified Purchase
An edge of your seat read, an unputdownable ghost story that will leave you sleeping with the lights on. A genuinely frightening, well written modern twist on a classic genre. Highly recommend.
Read more
Report abuse

Amazon Customer
5.0 out of 5 stars a good read - best of his books so far
Reviewed in the United Kingdom on 25 November 2021
Verified Purchase
An absorbing and scary journey.
Read more
Report abuse

P.S Winn
4.0 out of 5 stars Inviting look at the uninvited
Reviewed in the United States on 11 June 2022
Verified Purchase
Take a trip into the lives of three teenage boys who think having a séance is a good idea. This is a well written ghost story that takes readers into the realm just beyond this world. This is the only book I have read by this author, but find the writing compelling and will look into more.
Read more
Report abuse
See all reviews