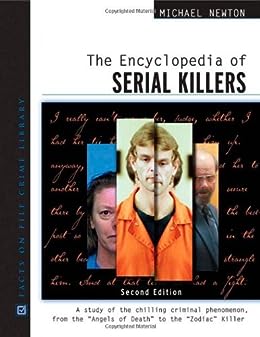 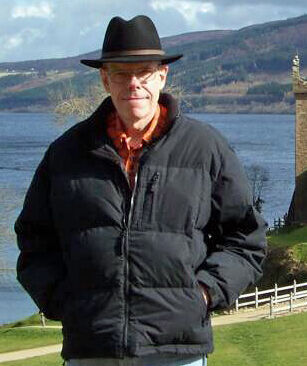 .,."a good source of general information on the topic from a reputable publisher ...an excellent choice..." --This text refers to the paperback edition.

A California native, Michael Newton published 357 books under his own name and various pseudonyms since 1977. He began writing professionally as a "ghost" for author Don Pendleton on the best-selling Executioner series and continues his work on that series today. With 136 episodes published to date, Newton has more than tripled the number of Mack Bolan novels completed by creator Pendleton himself.

Newton's first book under his own name was Monsters, Mysteries and Man (1979), a survey of unexplained phenomena for younger readers. While 216 of Newton's published books have been novels--including westerns, political thrillers and psychological suspense--he is equally known for nonfiction, primarily true crime and reference books.

Newton's Encyclopedia of Serial Killers (Facts on File, 2000) is currently in its second edition. His history of the Florida Ku Klux Klan, The Invisible Empire (2001), won the Florida Historical Society's 2002 Rembert Patrick Award for Best Book in Florida History. His Encyclopedia of Cryptozoology was named as one of twelve books on the American Library Association's 2006 list of Outstanding Reference Sources. His western, Hanging Judge, was a finalist in the 2010 Western Writers of America's Spur Awards. His western, Manhunt, won the 2010 Peacemaker Award from the Western Fictioneers, and his novel, Avenging Angels, was a finalist in the same category, and was also a finalist for the 2011 Best Original Mass Market Paperback for the Western Writers of America's Spur Awards. His western, Blood Trails, was nominated for the 2011 WWA Spur Awards for Best Western Novel. His western West of the Big River: The Avenging Angel was a finalist in the 2014 Peacemaker Awards for Best Western Novel by the Western Fictioneers. In 2017 he received the Western Fictioneers Lifetime Achievement Award for Western fiction.

Michael Newton passed away on September 6, 2021 in Indiana

4.7 out of 5 stars
4.7 out of 5
545 global ratings
How are ratings calculated?
To calculate the overall star rating and percentage breakdown by star, we don’t use a simple average. Instead, our system considers things like how recent a review is and if the reviewer bought the item on Amazon. It also analyses reviews to verify trustworthiness.

Josh D.
5.0 out of 5 stars Definitely worth the ready!
Reviewed in the United Kingdom on 30 October 2019
Verified Purchase
Fascinating and informative, definitely one to read if you’re interested in serial killers from around the world and also other things like VICAP, Modus Operandi’s, etc. But.. I’m gobsmacked that this author didn’t include Myra Hindley and Ian Brady’s ‘story of horror’, but instead, relegated them to the appendix of the book in ‘team killers’. They deserved a spot in the book, and to tell people about what they did to kids, and how one is still subsequently missing.

Also, I felt this author was a little egotistical in places, thinking he was right and no-one else is which was a little annoying, and unwarranted. As he happened to get a few details on some killers completely wrong himself.

Other then those two points, this book was fantastic and I’m hoping to pull some really good quotes for my criminology course next year.

Alice
5.0 out of 5 stars Good quality and good information
Reviewed in the United Kingdom on 16 March 2021
Verified Purchase
It was a great gift for Christmas for a serial killer enthusiast.
Read more
Report abuse

Stephanie
3.0 out of 5 stars It's ok
Reviewed in the United Kingdom on 9 March 2013
Verified Purchase
I hoped it would be easier to read with more pictures, its not the easiest book to sit down and read and to find certain things but overall its full of great information and I'm pleased with it
Read more
2 people found this helpful
Report abuse

Krystyna Lawrence
5.0 out of 5 stars Very well detailed, lots of info!
Reviewed in Canada on 14 March 2020
Verified Purchase
Absolutely love this book. It has ever serial killer plus more that aren't so popular. Very detailed. If you like learning about serial killers then this is the book for you! Definitely recommend it.
Read more
One person found this helpful
Report abuse
See all reviews
Back to top
Get to Know Us
Make Money with Us
Let Us Help You
And don't forget:
© 1996-2021, Amazon.com, Inc. or its affiliates