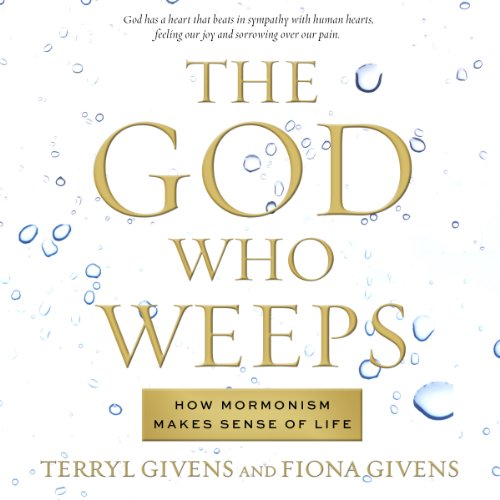 The God Who Weeps: How Mormonism Makes Sense of Life

4.8 out of 5 stars
4.8 out of 5
309 global ratings
How are ratings calculated?
To calculate the overall star rating and percentage breakdown by star, we don’t use a simple average. Instead, our system considers things like how recent a review is and if the reviewer bought the item on Amazon. It also analyses reviews to verify trustworthiness.

Mel Kitsell
4.0 out of 5 stars Good read
Reviewed in the United Kingdom on 1 July 2013
Verified Purchase
Good approach - comforting book. I like the way it makes one think differently than standard approaches. I recommend this book
Read more
One person found this helpful
Report abuse

Zufo
5.0 out of 5 stars Must read!
Reviewed in Canada on 23 June 2015
Verified Purchase
Reading this book was like fine tuning the focus in your viewfinder. Interwoven spiritual truths that I've been looking at all my life were brought into clear view. A must read for anyone seeking a better relationship with their Father in Heaven.
Read more
Report abuse

CNoftle
5.0 out of 5 stars Brilliant, illuminating book
Reviewed in Canada on 25 August 2016
Verified Purchase
A stunningly powerful study of Mormon belief and how it affects the lives of Latter-day Saints. May be one of the best books I have read!
Read more
Report abuse