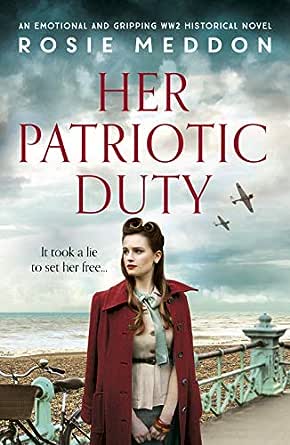 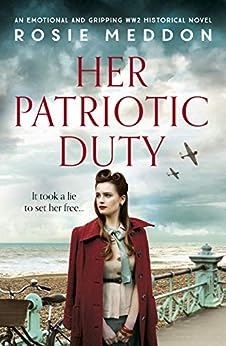 Save up to 50% off RRP on select top books
PLUS, free expedited delivery. T&C's apply. See more

Rosie spent her childhood with her nose in a book or writing stories and plays, enlisting the neighbours' children to perform them to anyone who would watch. Research into her ancestry and a growing fascination for rural life in the nineteenth century shapes her stories. She now resides with her husband in North Devon where she enjoys the area's natural history, exploring the dramatic scenery, and keeping busy on her allotment. --This text refers to an out of print or unavailable edition of this title.

4.2 out of 5 stars
4.2 out of 5
267 global ratings
How are ratings calculated?
To calculate the overall star rating and percentage breakdown by star, we don’t use a simple average. Instead, our system considers things like how recent a review is and if the reviewer bought the item on Amazon. It also analyses reviews to verify trustworthiness.

Tweedvale Girl Book Reviews
TOP 500 REVIEWER
5.0 out of 5 stars Historical Fiction WW II Decoy Women
Reviewed in Australia on 10 September 2020
England May 1940, Esme Colborne is engaged to Richard Trevannion he’s from one of the oldest and well to do families in England. Esme’s mother Naomi wants to have a chat, she’s expecting the dreaded what to expect on your wedding night talk and its much worse. Esme is devastated to learn that she’s adopted, she’s twenty five, her parents have waited until just before her wedding to share this information with her and how can she possibly tell Richard? Esme feels betrayed, she’s in shock, she’s not good enough to marry her fiancée and she runs away.

Esme finds a place to live, by chance a stranger over hears her talking French and she’s given an unexpected opportunity. Esme has no idea how she could her country during WW II but they have a plan to test men who have trained to be Special Operations Executives and before dropping them into France. The idea is to use 'decoy women', Esme is sent to the Hotel Aurelian, here she’s given assignments to meet, chat to the agents and try to get them to slip up and blow their cover stories. Esme proves that’s there’s more than one way to win a war, she’s very good at her job and some agents don’t pass the final test.

Unfortunately for Esme she discovers the war is very dangerous, the air raid sirens, bomb shelters and barbed wire on the beaches are not props. During a bombing raid she experiences the terror and afterwards the sadness and tragedy of two lives lost. This makes Esme think about her choices she’s made, did she judge her parents harshly and would Richard ever want to see her again? Her Patriotic Duty is a brilliant story, it made me aware of women volunteering to be decoys during WW II, it was part of Winston Churchill’s plan to win the war and he was a very clever man. Well done to Rosie Meddon to write a book that honors and makes us aware of these brave and smart women. I received a copy of this book in exchange for writing an honest review and gave the book five stars.
Read more
2 people found this helpful
Helpful
Report abuse
See all reviews

Margaret
4.0 out of 5 stars Achievement in a time of serious need.
Reviewed in the United Kingdom on 3 January 2021
Verified Purchase
I found this book quite interesting in that it showed that through training, the attributes of a person can be used in beneficial ways.
My only reservation was it appeared to be to glamorous,for such a serious situation.
Read more
One person found this helpful
Report abuse

Kindle Customer
5.0 out of 5 stars Enjoyed this book!
Reviewed in the United Kingdom on 22 February 2021
Verified Purchase
Really enjoyed this book from start to finish. The storyline is brilliant and the characters come alive throughout this book. One I couldn't put down, hope you enjoy it as much as I have.
Read more
Report abuse

P. R. Owen
4.0 out of 5 stars An enjoyable read.
Reviewed in the United Kingdom on 25 November 2020
Verified Purchase
Gives a good description of a little known part of SOE.
Read more
One person found this helpful
Report abuse

LinT
2.0 out of 5 stars Not for me
Reviewed in the United Kingdom on 11 February 2021
Verified Purchase
Very upper class orientated book which was very off putting. Little real time picture of the Homefront. A bit hockey stick style
Read more
Report abuse
See all reviews
Back to top
Get to Know Us
Make Money with Us
Let Us Help You
And don't forget:
© 1996-2021, Amazon.com, Inc. or its affiliates