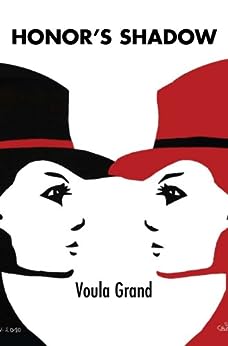 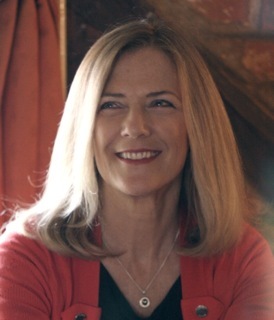 by Voula Grand (Author) Format: Kindle Edition
See all formats and editions
Sorry, there was a problem loading this page. Try again.
Honor's Shadow is a story of betrayal and revenge. Dr Honor Sinclair, a psychiatrist and therapist, is forced to confront a long buried betrayal, when several small events converge to awaken disturbing memories. An anniversary of loss, a newspaper article about someone from her past, a new therapy client distraught by her husband's infidelity. How can Honor control her own pressing emotions and desires, as she attempts to contain the vengeful impulses of Tisi, her strange new client? 'Voula Grand is a writer to watch. Honor's Shadow, nourished by its author's professional work as a psychologist, grows to become a quite original and haunting work of fiction. It is rare for a first book to manage the difficult trick of being both wise and gripping so successfully.'- John Mitchinson, co-author of The QI Book of General Ignorance'Voula's experience as a psychologist is evident in the way she expertly gets under the skin of the characters she portrays. One is hooked from the first page, the twists and turns of the plot keep you guessing right up to the end.'- Leonie Mellinger, communication skills coach'Voula Grand's work combines a raw emotional honesty with a psychologist's insight into the human psyche. This novel is at once a real page-turner and a highly original portrait of the nature of betrayal. A must-read.'- Jacqui Lofthouse, author of Bluethroat Morning'A tale woven with twists and turns and compelling characters. You won't be able to put it down.'- Vanessa Woolley, Presenter, Marlow FM Book Club'This compelling psychological drama had me gripped from the first page. The past erupts with life-changing consequences for the characters in a powerful tale of retribution and justice. I couldn't put it down.'- Sally Potter, relationship therapist
Read more
Previous page
Next page

PLEASE NOTE THIS TITLE IS AVAILABLE IN PRINT AS BOTH HARDBACK AND PAPERBACK. PLEASE SPECIFY WHICH BINDING YOU REQUIRE IN THE COMMENTS BOX AT THE CHECKOUT WHEN YOU PLACE YOUR ORDER. --This text refers to an out of print or unavailable edition of this title.

Voula Grand is a successful business psychologist and executive coach. 'Honor's Shadow', her debut novel, is a psychological drama about secrets, betrayal, and revenge; it is the first of a trilogy. Voula completed an MA in creative writing in 2006, and hopes to dedicate more of her time to fiction writing in future. She lives in Hertford with her husband Paul, and is mother and stepmother to five adult sons and daughters. --This text refers to an out of print or unavailable edition of this title.

Voula Grand is a successful business psychologist consulting to global corporations. Honor's Shadow, her debut novel, is a contemporary psychological drama about secrets, betrayal, and revenge, in marriage. It is the first of a trilogy. Voula completed an MA in creative writing in 2006, and hopes to dedicate more of her time to fiction writing in future. She is working on the second novel in the trilogy, Honor's Ghost.

4.2 out of 5 stars
4.2 out of 5
5 global ratings
How are ratings calculated?
To calculate the overall star rating and percentage breakdown by star, we don’t use a simple average. Instead, our system considers things like how recent a review is and if the reviewer bought the item on Amazon. It also analyses reviews to verify trustworthiness.

PurplePepper
2.0 out of 5 stars Don't like it
Reviewed in the United Kingdom on 10 July 2014
Verified Purchase
I'm amazed at the overwhelmingly positive reviews for this book. I found it very poor and in fact put it away initially having read just about the first three chapters, to only pick it up again over a year later thinking surely it cannot be that bad. I found there to be lots of clichés, cardboard characterisation, sloppy descriptive work (what's an "industrial size kitchen" in a London apartment? - could not "spacious" have done?) and quite cringe-worthy wooden dialogue. No thanks, would not recommend
Read more
One person found this helpful
Report abuse

From the minute I started, I was hooked. Intelligent, provoking writing, that make you think at last!! I've been waiting for a novel that could challenge the way I think, see things and I found all this and more with Honor's Shadow. What I also liked about this book is that, although, there is plenty written out there about betrayal and revenge, this felt different, it felt current, fresh, new!
All the characters are interesting which is something I do also always find difficult to get from other books.

I loved, loved loved this book! Can't recommend it enough and the best thing is that I have read somewhere that this is a Trilogy and I believe the second book is on its way!!! Yehiiiii :)
Read more
Report abuse

KitKat
5.0 out of 5 stars Page turner
Reviewed in the United Kingdom on 5 May 2013
Verified Purchase
A brilliantly written book that makes the reader experience the characters emotional journey to the fullest and which provides a great insight into the work of psychiatrists and therapists.
Honor has been betrayed twice, will a serious of events and a new disturbing client finally make her take revenge? Madalena chose security over being her own person will she loose it all? Tisi is being devoured by her fury, will she find peace? 3 very different characters who nevertheless made me like them all. i am still wondering what happened all those years ago with Thomas.
Read more
Report abuse

angela sitheras
5.0 out of 5 stars great read!
Reviewed in the United Kingdom on 5 January 2013
Verified Purchase
Really enjoyed this book and I often think about what the characters are doing now lol. I hope Voula Grand writes a sequel to this. so i can catch up with the character's lives. It's mainly for adults i would say
Read more
Report abuse
See all reviews
Back to top
Get to Know Us
Make Money with Us
Let Us Help You
And don't forget:
© 1996-2021, Amazon.com, Inc. or its affiliates