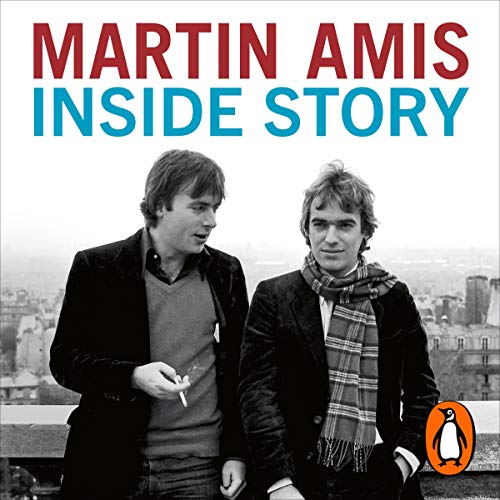 4.3 out of 5 stars
4.3 out of 5
408 global ratings
How are ratings calculated?
To calculate the overall star rating and percentage breakdown by star, we don’t use a simple average. Instead, our system considers things like how recent a review is and if the reviewer bought the item on Amazon. It also analyses reviews to verify trustworthiness.

Catherine Peake
3.0 out of 5 stars invigorating and so sad
Reviewed in Australia on 20 March 2021
Verified Purchase
liked: the veteran prose writer and his sometimes overweening respect for other writers, especially Bellow, Larkin and Hutchens.

(Bellow and Larkin will always be with us, I hope.)

Graham G Grant
4.0 out of 5 stars Lucky Mart: retrospective of a life writer
Reviewed in the United Kingdom on 9 October 2020
Verified Purchase
Interweaving the fictional and the semi-fictional with real life, this is an ‘autobiographical novel’. At times you might wonder, as I did, why it wasn’t written simply as a memoir. But Amis has written one already - Experience - which was excellent. In Inside Story, he suggests this is the last long novel he’ll write. There are certainly elements of the novel in it. One of the female characters, who becomes Amis’s lover, is - by his account - made-up. But it seems closely related to a real-life figure from his past (who recently accused him of basing the character on her). Details of Amis’s friendship with the late Christopher Hitchens are - we assume - real. So is much of the information about Martin’s father, Kingsley, and poet Philip Larkin, Kingsley’s close friend and correspondent - and Martin’s godfather. Really this book is a kind of retrospective, at times playful and postmodern, at times very moving and serious. Its chief topics are: Hitchens, Kingsley, Larkin, and novelist Saul Bellow - the key influences in Amis’s life. The section about 9/11 is memorable, and haunting, but the whole book, which also contains passages offering advice on writing fiction, is beautifully written - despite the trademark Amis habit of dropping in long, rarely used words and then giving their Latin derivation. Amis sees himself as a life writer - writing not in a genre but drawing inspiration from social realism - the substance of real life. Some of the material has been used, though not necessarily verbatim, in previous work, eg (the very good) non-fiction collection The Rub of Time. Maybe Inside Story is best understood as the equivalent of The Trip, the comedy series starring Steve Coogan and Rob Brydon touring restaurants in Spain, Italy, Greece, and the UK. It’s lightly fictionalised - they play themselves, but there’s the odd bit of fiction thrown in. There’s not much variation - you know for certain they’ll both be doing Michael Caine impressions, for example - but somehow it all works, because you want to share their preoccupations. Inside Story, which feels like a swan-song (hopefully not), is similar. For Amis fans, very little is new or surprising, but again somehow it works. In particular, many of his reflections about Hitchens were new to me. For those who haven’t read Amis before, probably best to start with Money, or The Rachel Papers. This is a book that should probably be read once you have a few Amis titles under your belt. But it is a tour de force. Amis recommends dipping into it rather than reading it in one go - and the fragmentary style lends itself to this approach. I didn’t take his advice - but still loved it.
Read more
17 people found this helpful
Report abuse

John Copeland
1.0 out of 5 stars A disappointing "novel"
Reviewed in the United Kingdom on 1 October 2020
Verified Purchase
I found the endless footnoes, sometimes taking up half the page, immensely tiresome and not very interesting. Mr. Amis seems to say a great deal in very flowery and splendid English, surely showing how clever and learned he is, but so many of the rambling chapters seem to have no real meaning, making me wonder about the purpose of this long and muddled "novel". All very disappointing, indeed, I gave up half way through, having had quite enough of a confusing book.
Read more
13 people found this helpful
Report abuse

Elodie
5.0 out of 5 stars BOSWELL REDUX!
Reviewed in the United Kingdom on 27 September 2020
Verified Purchase
I bought this memoir on the advice of my husband, the poet Simon R Gladdish, and I'm very pleased I did. It is one of the funniest books I have ever read. Bathos abounds, especially when he is detailing his relationship with his first live-in girlfriend Phoebe Phelps. Phoebe is a real character, a laugh-and-a-half and a part-time prostitute. However, there is plenty of pathos too, particularly when he is describing the decline and death of his closest friend Christopher Hitchens, who died of cancer aged 62. I did disagree with Martin when he casually dismissed John Updike as inferior to both Bellow and Nabokov. I personally would place Updike at the apex of that golden triumvirate and I speak as someone who has been steeped in Nabokov, Updike and Bellow for decades. This book made me laugh, cry and, most importantly, think, which is why I am awarding Martin five stars.
Read more
8 people found this helpful
Report abuse

Beena Vale
2.0 out of 5 stars Unelightening, narcissistic hotchpotch, of possible interest to Hitchens fans
Reviewed in the United Kingdom on 28 September 2020
Verified Purchase
A decent essay about the death of Amis's friend Christopher Hitchens, padded out with a cringe-making sexual fantasy and whatever unused scraps he had knocking about in his notebooks. Not by any stretch a novel, and not organised enough to function as anything else.
Read more
11 people found this helpful
Report abuse

brian ellis
1.0 out of 5 stars Another stinker from Mart
Reviewed in the United Kingdom on 28 September 2020
Verified Purchase
All over te place, infuriating to read. Constant jumps from anywhere between 1973 and 2018. Reads like a schizophrenic diary.
Read more
11 people found this helpful
Report abuse
See all reviews
Back to top
Get to Know Us
Make Money with Us
Let Us Help You
And don't forget:
© 1996-2021, Amazon.com, Inc. or its affiliates