Lore and over 1.5 million other books are available for Amazon Kindle . Learn more
Share <Embed> 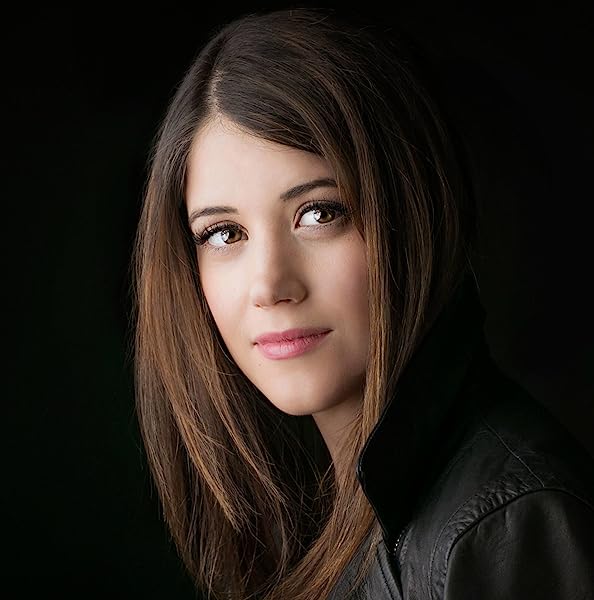 Save up to 50% off RRP on select top books
PLUS, free expedited delivery. T&C's apply. See more
click to open popover

Page 1 of 1 Start overPage 1 of 1
Previous page
Next page
Start reading Lore on your Kindle in under a minute.

Alexandra Bracken is the No. 1 New York Times bestselling author of Passenger, Wayfarer, The Darkest Minds series and the Prosper Redding series. After selling her debut novel in college, Alex worked in children's publishing for several years before leaving to write full time. She now lives in Arizona, where she was born and raised. Visit her online at www.alexandrabracken.com and on Twitter and Instagram @alexbracken

Alexandra Bracken is the No. 1 New York Times bestselling author of Passenger, Wayfarer, The Darkest Minds series and the Prosper Redding series. After selling her debut novel in college, Alex worked in children's publishing for several years before leaving to write full time. She now lives in Arizona, where she was born and raised. Visit her online at www.alexandrabracken.com and on Twitter and Instagram @alexbracken

4.4 out of 5 stars
4.4 out of 5
137 global ratings
How are ratings calculated?
To calculate the overall star rating and percentage breakdown by star, we don’t use a simple average. Instead, our system considers things like how recent a review is and if the reviewer bought the item on Amazon. It also analyses reviews to verify trustworthiness.

There are 0 reviews and 14 ratings from Australia

Miss L J Pilbeam
5.0 out of 5 stars Amazing
Reviewed in the United Kingdom on 9 January 2021
Verified Purchase
I loved everything about this book! Read it in 2 days :)
Read more
One person found this helpful
Report abuse

Mina
5.0 out of 5 stars Breathtaking, fast-paced adventure that had me glued to the pages
Reviewed in Germany on 12 February 2021
Verified Purchase
I admit that I didn’t like the author’s „Darkest Minds“ YA trilogy. I read book one and although I liked the concept, I found the story as such rather boring. So I was a bit hesitant about „Lore“, although, again, the concept sounded very good. And what can I say: this time I got what I hoped for. Actually, I had real problems laying the book down once I started reading.

In Lore‘s world, the Ancient Greek gods are real and because Zeus cursed nine of them, they become mortal for a week every seven years. During that time, called the agon, the descendants of the half-god heroes like Perseus and Odysseus, hunt them and try to kill them, because whoever kills a god, can take his power for themselves.
Lore lived through a lot of tragedy and ended up the sole mortal member of the Perseides family. Because of said tragedy (which gets revealed bit by bit in flashback-chapters), Lore wanted out. She doesn’t live in this world of gods and descendants any more, but a power-hungry new god and the old goddess Athena asking for her help, drag her back in. And while Lore, Athena and her very few allies plan and fight and scheme, the reader slowly gets to see the whole gruesome picture. I can’t tell more about the plot, because spoiler and so on, but it’s full of fights, revelations, and some cool cool twists. There is a lot of action, barely a moment‘s rest for Lore, which made it so hard to stop reading.
Lore is a broken person, who is yet not without hope and who hasn’t given up. Her friend and housemate Miles is a good example for her still being able to form meaningful friendships and relationships. I liked her a lot, although her struggle to keep her calm was at times annoying to see. But then, who’s perfect? The world-building is well done, although I guess it’s a good thing that I know a bit Greek mythology, so I had no problems getting the concepts and knowing which god and hero Lore was talking about. The idea of the agon and this parallel world were cool and blended perfectly with nowadays New York City, where the story takes place.
The book is a stand-alone and - unusual enough - I didn’t miss a thing. The 438 pages wrapped it all up nicely.
Read more
Report abuse