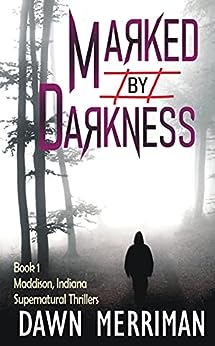 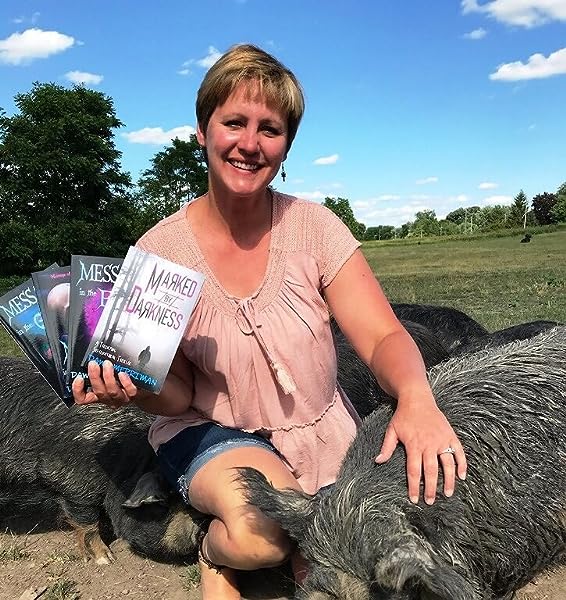 Can a dead serial killer still hunt me?
The body of the young woman left near my remote cabin looks like my murdered daughter. Even the mark carved in her chest is the same - the same scar carved into my own chest. He left her for me to discover - a grisly gift.
For two years, I’ve survived alone, hiding to protect myself from the grief of losing my family to the serial killer I hunted as a detective. The ghosts of my dead family keep me company, visiting nightly, keeping me sane – or maybe not.
The dead girl in my woods is not a ghost. She's as real as her blood on the snow and obviously killed by the same man that butchered my family.
But that man has been dead for two years.
Who – or what – hunts me now?
Can I find the courage, the faith and the sanity to conquer him again?
------
A haunting mix of adventure and psychological thrills. Explore the limits of what one woman can endure and still triumph. A reading experience you won't forget.
Supernatural thriller readers, like you, are saying, “Takes you by the throat on the first page and grips you until the wow of an ending.”
Clear your schedule and delve into a world of secrets and bravery in this addictive Christian suspense thriller.

My dog, Indy, turns on the wooded path, unsettled and blocking my way.
I push past Indy and jog over the small hill and around the turn in the trees.
I should have trusted the dog. The body propped against a tree is most certainly dead, but she’s not an animal.
Skittering to a stop, I slide down the snowy path and land on my rear.
The young woman sits against the tree, her dark hair, so much like Lilly’s hanging over both shoulders. The hair frames the mark carved on her chest.
The Roman numeral two.
For a moment, I think I'm seeing Lilly. Maybe she’s just playing a cruel trick on me.
But this young woman is really here, and Lilly never is.
My chest hurts, and I let out the breath I didn't know I was holding. Indy paces next to me, whining, urging me to leave.
I crawl to the young woman instead, taking in details with my long-unused detective's eye.
Long arcs of blood stain the snow where it had pumped from the slit at her throat. She sits on her bottom with legs stretched in front of her and hands taped behind the tree.
The bloody mark on her chest has already frozen into tiny clinging crystals.
Her pink sweater has been cut down the front, opened to showcase the mark. Her jeans are in place, and I can only hope she hasn't been sexually assaulted. Mercifully, Jesse Franklin hadn't raped his victims, but Jesse Franklin has been dead for two years.
She wears no shoes, but her socks are soaked and dirty. She'd been forced to walk here through the snow, terrified and freezing. My heart aches for the woman in a rush of emotion that nearly breaks me.
I don’t touch her or get too close, preserve the snowy crime scene. Two sets of footprints lead to the tree from the direction of the access road nearby. Only one set of prints lead out. It was too easy for someone to leave the girl on my path.
My path.
The realization sinks like a stone.
Whoever did this knew where he left her. He brought her here for me to find. A killer has been in my woods. A killer who knows just how to torture me.
I'm on my feet and sprinting back towards the cabin before Indy realizes I'd intended to move.
I run like the devil is on my heels.
Because he is.

Find out what happens next, enjoy Marked By Darkness today.

Kindle Monthly Deals
New deals each month starting at $1.49. Learn more
Next 4 for you in this series See full series
$19.47 includes tax, if applicable
Sold by: Amazon Australia Services, Inc.

Dawn Merriman writes creepy small town murder mysteries from her small farm in northeast Indiana where she lives with her husband and teenage children. You can often find her with muck boots on her feet and a story in her head. She enjoys animals, auctions, snorkeling and archaeology.

Dawn Merriman grew up a small town farm girl, on a small time pig farm in Indiana. She spent her young adulthood sitting on her bedroom floor scribbling stories in notebooks. She won the "Northeast Indiana Young Writers" award as a sophomore in high school.

After battling severe depression, she wrote her debut novel "How Murder Saved My Life" as therapy. Mixing her love of murder mysteries and farming with climbing out of the darkness of illness.

You can follow Dawn Merriman and receive a FREE copy of her award winning short story, "My Name Is Mud" by signing up for her newsletter at DawnMerriman.com

4.5 out of 5 stars
4.5 out of 5
498 global ratings
How are ratings calculated?
To calculate the overall star rating and percentage breakdown by star, we don’t use a simple average. Instead, our system considers things like how recent a review is and if the reviewer bought the item on Amazon. It also analyses reviews to verify trustworthiness.

Maggs
TOP 1000 REVIEWER
4.0 out of 5 stars A wild ride
Reviewed in Australia on 30 January 2021
Verified Purchase
I found it very hard to read about the family how they died.
So much violence and I’m not a fan of when children are involved in that.
However , the story was gripping.
You need a strong stomach for this one.

Jane V. Blanchard
5.0 out of 5 stars Don't miss this intensely gripping suspense
Reviewed in the United States on 1 June 2020
Verified Purchase
I could not put down the gripping paranormal suspense Marked by Darkness by Dawn Merriman. Though I had figured out early on the mystery surrounding the killer, the story is so laden with suspense that I just had to keep on reading.

Maribeth, the protagonist, survives the serial killer’s murdering of her family, but was marked and almost died in the incident. With feelings of guilt for surviving and not protecting her family, Jesse Franklin states: “Living can be worse than death. Death requires no struggle. Death only requires giving in.”

Living as a recluse with only the ghost of her family to comfort her, Maribeth struggles to step above her grief and return to the living. And then she finds a body that resembles her dead daughter hanging from a tree on her 300-acre property and that bears the markings and slashing of the killer she thought was dead.

Will Maribeth succeed in her struggle to live a normal life? Will she succumb to Death’s promise of relief? Will she survive the killer that is stalking her? The story is intensely gripping.

Though there are a few grammar issues the writing is good. The internal struggles are riveting, the descriptions are vivid, and the conversations are natural. Ms. Merriman is a good writer.

If you like psychological suspense, you must read this Marked by Darkness.
Read more
14 people found this helpful
Report abuse

Cathi K.
5.0 out of 5 stars High Octane Drama!
Reviewed in the United States on 24 March 2020
Verified Purchase
If you enjoy suspense, you've gotta read this book! There was everything I love in a book - easy to lose yourself in storyline, a bit of humor, a couple of tears, and lots of palpation inducing drama and action, plus a real bad a$$ heroine! What more could you ask for? Ok, there were a few MINOR editing issues, but those in no way detracted from my enjoyment!
Read more
12 people found this helpful
Report abuse

Antigone Walsh
4.0 out of 5 stars Good Read
Reviewed in the United States on 8 July 2021
Verified Purchase
A cop becomes a recluse after a serial killer murders her family. Guilt ridden she lives on an isolated rural property avoiding engagement. Her companions are her protective Husky, a small menagerie of pigs, chickens and a feral cat and ghosts of her deceased family. But her life is upended when she becomes the target of a killer with an intimate knowledge of the previous killings. But with a tenuous grip on reality and a questionable will to live it will be a challenge to best a cunning and determined killer.

This was an interesting novel. Different characters narrated. It held my interest and had a satisfying ending. I did not like the hunting scenes or the deaths of other animal characters. I understand the why. The hunting and butchering scenes are mildly graphic: the others are thankfully not detailed at all. Other than that this is an excellent read.
Read more
2 people found this helpful
Report abuse

E.L. Lewis
5.0 out of 5 stars Whoa...
Reviewed in the United States on 4 August 2022
Verified Purchase
Going into this I really wasn't able to predict what I ended up seeing in the story, and that's a good thing. Really good plot twist as well. I really felt for the man character and related to her losses. I found myself celebrating every little victory she accomplished in her life with her. The supporting characters were really solid as well. Good action scenes too. This book really made me think a lot about how we as human beings deal with pain, loss, fear, trauma, and how so many of our choices matter. This was a deep look into the borderline between sanity and madness. What's considered real and what isn't. This was definitely one of the better thrillers I've read this year, and I'd highly recommend it to anyone reading this.
Read more
Report abuse
See all reviews
Report an issue
Does this item contain inappropriate content?
Report
Do you believe that this item violates a copyright?
Report
Does this item contain quality or formatting issues?
Report