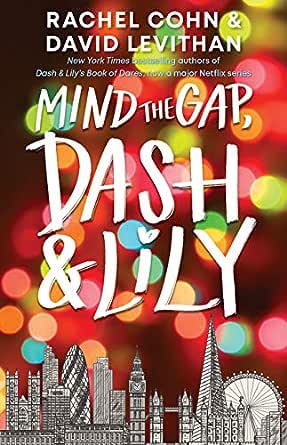 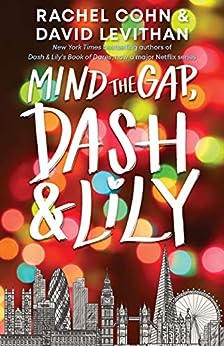 For a cosier Christmas YA read, David Levithan and Rachel Cohn’s The Twelve Days of Dash and Lily is a he-said, she-said romance about a couple struggling after a year together (the pair first met in Dash and Lily’s Book of Dares), and an attempt to rekindle Christmas magic in a world that seems a little too bleak for it to matter. The New York setting lends this quirky love story a glamour that will appeal to young teens…', Claire Hennessy, The Irish Times

'I loved being in the company of Dash & Lily and was so distraught when i finished the last page of The Twelve Days. I miss those guys. So David & Rachel if you ever read this post… then you must write a new one each Christmas to keep me going please.', Gill, The Book Magpie

Rachel Cohn was born in Maryland but now also lives in New York. Her first novel, Gingerbread, was published in 2002. Since then she has gone on to write many other successful YA and children's books, three of which were in collaboration with David Levithan.

David Levithan was not born in France, Milwaukee or Olympia, Washington. He did not go to Eton, Harvard Law School or Oxford University. He is not the author of War and Peace, Hollywood Wives: The New Generation or The Baby-sitters Club #8: Boy-crazy Stacey. He has not won the Newbery Medal, the Pulitzer Prize, the Bausch & Lomb Science Award or the race for eleventh-grade vice president. He currently does not live in Manhatten.

The final book in the unmissable and feel-good romantic trilogy of 2020! Dash & Lily's Book of Dares now an original Netflix series!

--This text refers to the paperback edition.
Read more

4.5 out of 5 stars
4.5 out of 5
215 global ratings
How are ratings calculated?
To calculate the overall star rating and percentage breakdown by star, we don’t use a simple average. Instead, our system considers things like how recent a review is and if the reviewer bought the item on Amazon. It also analyses reviews to verify trustworthiness.

It was so good to be back to Dash & Lily's world (and it's always Christmas!). Obviously, I still liked Dash & Lily's Book of Dares better (and I have just watched all the Netflix episodes, so I'm fangirling again), but it was quite satisfying to see the progress of their relationship, two years later.

True to their characters, Dash was still a grumpy old soul in a young body (figuratively, just to be clear this wasn't a fantasy/sci-fi!), and Lily was still an upbeat girl who saw the world through her rose-coloured glasses (albeit a lot less). They had been doing long-distance relationship because Dash was attending Oxford and Lily was growing her dog-walking business/insta-profile.

For a YA relationship story, Dash & Lily's was very interesting! Yes, of course they still went through the typical teenager things like coming-of-age, finding their identities, figuring out what they wanted to do in life both personally and professionally, and learning how to be in a relationship with each other. But their thought processes weren't boring at all, and Dash's books + Lily's dogs made them the more attractive to me.

For the book itself, some minor things - somehow the 'final' copy of the book I read still had a bunch of typos, like missing spaces between words and one of the chapters were titled '21st & 22rd December'. 23rd!! This was a tiny bit distracting, but didn't really disrupt me from enjoying the story.

All in all, I got a very warm Christmas feeling from the book. I closed the book with a big smile! Till next year, Dash & Lily!
Read more
Helpful
Report abuse
See all reviews

jazzy
5.0 out of 5 stars Great Product and came in good condition
Reviewed in the United States on 29 December 2020
Verified Purchase
My book came in very good condition no little dents or dirt on it. Most of the books I buy has either has dents on the sides and in the book cover and some little dirt which I hate but this product came perfectly.

As for the book itself, I haven't read it yet because this is the third book and I'm currently reading the second book. it's a very good book series for anyone ages 15+ because it's kinda vocab heavy.
Read more
Report abuse
See all reviews
Get FREE delivery with Amazon Prime
Prime members enjoy FREE Delivery and exclusive access to movies, TV shows, music, Kindle e-books, Twitch Prime, and more.
> Get Started
Back to top
Get to Know Us
Make Money with Us
Let Us Help You
And don't forget:
© 1996-2021, Amazon.com, Inc. or its affiliates