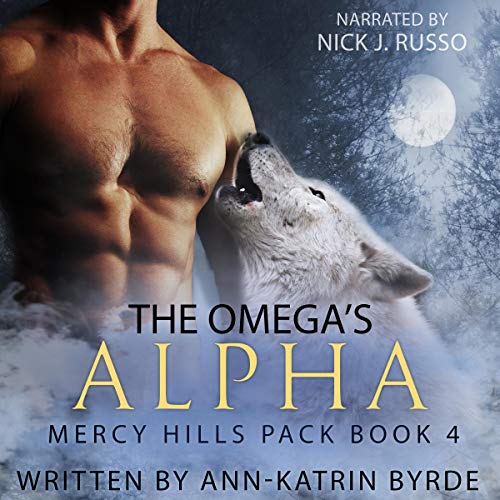 4.7 out of 5 stars
4.7 out of 5
54 global ratings
How are ratings calculated?
To calculate the overall star rating and percentage breakdown by star, we don’t use a simple average. Instead, our system considers things like how recent a review is and if the reviewer bought the item on Amazon. It also analyses reviews to verify trustworthiness.

FiBeeN
TOP 1000 REVIEWER
4.0 out of 5 stars Something a bit different
Reviewed in Australia on 25 February 2017
I'm really enjoying this series and this book is no exception. It's not typical of the gay shifter genre. No Insta love, biting or knotting. The child bearing omegas are feminized, but they have a core of strength and are capable of standing up for themselves relying on their mates support but not hiding behind it. The situation between the shifters and humans is fascinating. The only downside to these books is that the writer puts in too much unnecessary detail which can be a little tedious. Apart from that, these are a good read and I'm looking forward to the next in the series.
Read more
One person found this helpful
Helpful
Report abuse

Kindle Customer
5.0 out of 5 stars Great series
Reviewed in Australia on 11 March 2017
I started with book one and was addicted. Long but good books! The stories come together well and are well written.
Read more
Helpful
Report abuse
See all reviews

Ms Victoria I Bentley-Yeates
5.0 out of 5 stars Absolutely loved it!!
Reviewed in the United Kingdom on 14 January 2018
Verified Purchase
I have thoroughly enjoyed this series. Part of me wants to say that each book is better than the last, but to be honest they are all extremely good and bring their own adventure to share.
I think the best bit is you don't leave behind the MC's when a book ends because they are included in the boom after and offer the book before, given hints as to what is to come.

I highly recommend this book, in fact, I recommend the series to anyone who loves man on man shifters or has an interest in delving into this genre, then I say, Go for it, cos this whole series is amazing.
Can't believe I only have one book left to read 😢sob😢
Read more
Report abuse

Caz Pedroso
4.0 out of 5 stars A great addition to the series, and a great read.
Reviewed in the United Kingdom on 14 March 2017
Verified Purchase
The story is getting more and more interesting. The pack is really making inroads into omega freedom, and independence.

I like the way Holland stands up for himself, especially with the alpha from the other pack he visits the lands of.

A great addition to the series, and a great read.
Read more
Report abuse

L.D.
5.0 out of 5 stars An Amazing Addition to the Series
Reviewed in the United States on 1 March 2020
Verified Purchase
The Omega’s Alpha is the fourth book in the Mercy Hills Pack series and a significant installment for the overall-arcing saga. The first three books of the series need to be read beforehand to get the full enjoyment from this book. I skimmed a few other reviews, and a few people mention how long this book is and that a lot happened in it. For me, that was not a problem but a huge bonus, and something I enjoyed immensely, but I also like long, epic fantasy books like The Wheel of Time series. There are many other Omegaverse books that are short and sweet (nothing wrong with that), but I’m delighted that Ann-Katrin Byrde has given us epic-length books to add to the Omegaverse category.

Holland is an Omega who’s been beaten down emotionally his whole life. When he’s thrown out of his home for being barren, and left to live off the mercy of his family, Holland believes his life is over. But then his cousin Bax brings him to Mercy Hills where he gets a second chance at life and love, and finally comes into his own as a shifter and Omega. Quinn is an Alpha who’s been scarred by battles and war. When he finally comes home back to Mercy Hills, he’s ready to pick up as Alpha, but he can’t let his demons go. When Holland comes into his life, Quinn finally has a chance at happiness and love he never expected he’d get. Together, these two shifters are changing not only their lives, but are on the path together to change how shifters live within the United States.

I adored the characterization of Holland, Quinn, and all the other characters. They are all in depth, complex, and interesting characters with unique personalities. The feel real to me. The plot was intricate and complex, with many moving parts, but throughout it all, the love between Holland and Quinn was strong and true. Their romance was beautiful not only for the love and fluffy moments, but also how they support and cared for each other. These two are true partners and the leaders the shifters need in this time of change and discovery.

There were a few things that were odd to me when it came to the U.S. military culture (like saluting an enlisted soldier), but since this is an entirely different world, and only reflects the real world, I was able to let it go and realize the rules are different for the Mercy Hills Saga. What’s wonderful was that Ann-Katrin Byrde kept the rules consistent so they felt real and right. I love how much detail is put into the world-building and how consistent and regulated it’s all kept.
Read more
One person found this helpful
Report abuse

annob129
3.0 out of 5 stars Adore the pairing!
Reviewed in the United States on 4 March 2018
Verified Purchase
Having read the previous books in the series, I was really looking forward to Holland's story in this one. Other reviews mention concerns, among them, the book being overly long. It made me hesitate to start, dreading the worst – but I was pleasantly surprised by how lovely the romance turned out! The first half of the book was 4 solid, happy stars. The second half (the overly long bit) lost direction regarding both story arc and relationship development. On occasion weirdly skipping ahead, bypassing parts of the story where anticipation had been built up across many chapters. And there were maaaany chapters; 91 of them in fact. One thing which do forgive the somewhat aimless meandering is how clearly the author love her characters, their daily goings on and the world she has created for them. Mercy Hills is such a pleasant imaginary world to spend your time in! But as a book, if the writing concept of 'kill your darlings' had been applied, it would have been half as long, giving it a much better pace and flow through the story. Still, Byrde has carved out a place in my readers heart, and I truly look forward to read her next book.
Read more
One person found this helpful
Report abuse

Deirdre
5.0 out of 5 stars Omega Strong!
Reviewed in the United States on 1 April 2017
Verified Purchase
Every book I read by this author exceeds my expectations. Initially Ann-Katrin asked me to read this as an ARC and I almost did, but luckily I decided to read the three previous series books first. So I purchased this book and took my time (it is a long book) and enjoyed each page of this compelling storyline of Omegas, the Alphas who love them, male pregnancy, and pups.

If you are thinking about just jumping into this series with Book 4, you will be very confused. There are so many characters from the other three books with similar names, back stories, plans, big goals for the Omegas, and as well as how Humans & Wolves interact.

There is a big desire to lessen the animosity between the two species. As well as make relations between the packs better, while showing that the Omegas were capable of being much more than "Bearers". And that if an Omega is incapable of producing " pups" they aren't useless or in pack terms "repudiated", in other words thrown away by their mate. Hopefully the Omega's home pack will allow him or her to return.

What I really loved about this book was how the author set out to demonstrate that a "person's " / Omega's self worth was not confined to his ability to bear pups. It could easily be analogous to a barren woman in a society where the woman's worth was in how many "Alpha" / male children she had and secondary how well she cared for her family. A girl child or " Omega" bearer's worth was what her bride price was for a fertile Omega. Even if fertile, an Omega's life still wasn't as valued as that of an Alpha or Beta. They are considered second class or even lower class denizens of their packs. Not worthy to be educated beyond the equivalent of taking Home Eonomics classes or how to be a "good" Omega. They weren't considered smart or talented enough to do anything more than care for someone else's pups and their household.

But Mercy Hills changed all of that. They elevated their Omegas - male & female to positions of revalence. Though some Alphas especially those raised in other packs or by older more traditional parents had to sometimes be reeducated in the Mercy Hills way of doing things. And a repudiated Omega was not someone to be looked upon with scorn. Or approached in a disrespectful manner, with lascivious expectations on the Alpha's part. Nor was he supposed to be hidden away. Too ashamed to be out in respectful company.

Holland's spunky, take no prisoners toughness got him through when his cousin's misery lead to a very sad suicide. His cousin buried his pain until it became too much. Luckily for Holland he got a chance afforded no other Repudiated Omega - to really prove who he could be - not just the babysitter & housekeeper for the Security Chief, his mate, and their several pups.

So much occurred in this book: new characters introduced and old characters brought back, pups born, a fire, a new career, new ways to help the pack earn much needed money for the many mouths to feed. It was sad, depressing, uplifting, humorous, compelling, with fascinating world building continued, the Wolves visiting places outside of the enclaves, special guests inside the enclaves, and traditional mating ceremonial activities. I am so eager for the next book.
Read more
2 people found this helpful
Report abuse
See all reviews
Back to top
Get to Know Us
Make Money with Us
Let Us Help You
And don't forget:
© 1996-2021, Amazon.com, Inc. or its affiliates