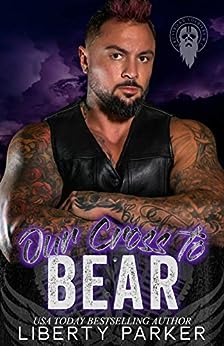 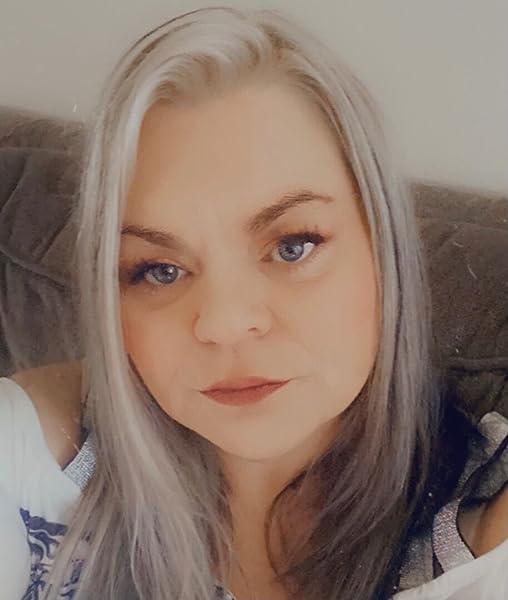 4.7 out of 5 stars
4.7 out of 5
22 global ratings
How are ratings calculated?
To calculate the overall star rating and percentage breakdown by star, we don’t use a simple average. Instead, our system considers things like how recent a review is and if the reviewer bought the item on Amazon. It also analyses reviews to verify trustworthiness.

Pauline St.Onge
4.0 out of 5 stars Not a typical MC romance
Reviewed in Australia on 20 October 2019
Loved that this wasn't a typical meet and fall in love. It left me wanting more of this generation of the MC with the strong and capable women and alpha men and knowing their immediate future would be rocky and dangerous. A great read with a different spin.
Read more
Helpful
Report abuse
See all reviews

Kindle Customer
5.0 out of 5 stars WOW different but still loved it
Reviewed in the United States on 10 July 2019
Verified Purchase
WOW a different story that took me a bit to get in to but then I couldn't put it down. I think it's because it's not your regular boy meets girl. These two have grown up together and knew they were meant for each other and from the impression I get it's how the rest of the couples are gonna be too. I also like that the women want to be members of the MC like brothers. Looking forward to reading more.
Read more
3 people found this helpful
Report abuse

LRCH
5.0 out of 5 stars Kobe & Amberly
Reviewed in the United States on 24 July 2019
Verified Purchase
Awesome book!! I love Liberty Parker!! Her characters are amazing and her books well written. And as usual I couldn’t put it down. It was emotional and intense and Kobe & Amberly we’re perfect for each other.
Read more
3 people found this helpful
Report abuse

Kindle Customer
5.0 out of 5 stars Mind blowing
Reviewed in the United States on 5 July 2019
Verified Purchase
OMG I couldn't put this book down. I want to be a Crossroad soldier too. The story continues with the new generation of the MC. Kobe and Amberlyn were dynamic together. The book was full of hotness, strong capable women, alpha bikers, humour, drama, excitement, action, sadness and all around a great story to read. Even the old timers and their old ladies were a great addition to the story. I CAN'T wait for the next book to come out.
Read more
2 people found this helpful
Report abuse

Heather Whitaker
5.0 out of 5 stars A great beginning to a new series.
Reviewed in the United States on 13 August 2019
Verified Purchase
This is the beginning to a new MC series. In this book we get ALPHA males. Yes alpha with all capital letters. These men will do anything to protect the women they love. The women are just as strong as the men and take no shit from anyone. Years ago an I incident occurred and the women girls at the time were raised to fight and take care of themselves just as the boys were. As a result the women have decided they want to be treated as equals. As you can imagine this doesn't go over to well. Enemies come to surface, and and a new war is waged.
I enjoyed this book immensely. The unique storyline has me intrigued, and I'm looking forward to reading more of this series.
Read more
One person found this helpful
Report abuse

angela h. johnson
5.0 out of 5 stars Kobe and Amberly
Reviewed in the United States on 21 July 2021
Verified Purchase
Wow didn't expect what transpired with the children that have grown up and the original members retiring, but I guess life can still throw out the unexpected. I don't agree that the young ladies of the club should be able to join with the brothers, but I do think that they should be kept informed of what disaster could possibly happen to each of them. I see that the evil Lorenzo is still causing mayhem and I know karma will get him eventually. I do love the fact that the young ladies were trained with various things so they can help protect themselves and their families. Happy reading.
Read more
Report abuse
See all reviews
Back to top
Get to Know Us
Make Money with Us
Let Us Help You
And don't forget:
© 1996-2021, Amazon.com, Inc. or its affiliates