A Pebble for Your Pocket and over 1.5 million other books are available for Amazon Kindle . Learn more
Share <Embed> 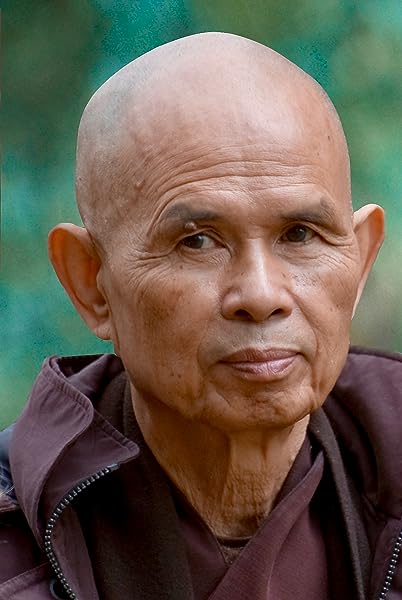 A Pebble For Your Pocket: Mindful Stories for Children and Grown-Ups Paperback – Illustrated, 1 May 2016

Save up to 50% off RRP on select top books
PLUS, free expedited delivery. T&C's apply. See more
click to open popover

Page 1 of 1 Start overPage 1 of 1
Previous page
Next page
Start reading A Pebble for Your Pocket on your Kindle in under a minute.

Baby Wishlist
Get organised for your new arrival. Create your Wishlist today.


Children / Buddhism
A Pebble for Your Pocket is a gem from a true spiritual master.
Parenting with Spirit magazine
Using colorful stories and vivid metaphors, Thich Nhat Hanh presents the basic teachings of mindfulness in a way that can be easily understood by young people. Young readers will learn about handling anger, living in the present moment, and interbeing the interconnectedness of all things. This revised edition contains teachings and stories that the whole family can enjoy, as well as practices such as transforming anger in the family, instructions on how to invite the bell, breathing and sitting meditation, and finding the Buddha inside every one of us.
THICH NHAT HANH is a Vietnamese Buddhist monk whose lifelong efforts to generate peace and reconciliation moved Martin Luther King, Jr. to nominate him for the Nobel Peace Prize in 1967. He lives in southwest France and travels regularly, leading retreats on the art of mindful living. He is the author of Being Peace, The Miracle of Mindfulness, and many books for children.

Thich Nhat Hanh is one of the most revered Zen teachers in the world today. His best-selling books include Happiness and Peace Is Every Step. He lives in Plum Village in southwest France, where he teaches the art of mindful living. Philippe Ameswas born in Berkeley, California. He works in the field of illustration and animation for companies of international reputations such as Colossal Pictures, Curious Pictures, and Wildbrain. He also teaches art to children. His illustrations have appeared in magazines, newspapers, greeting cards, and book covers including two previous Parallax Press children's books. He lives near Lausanne, Switzerland.

4.7 out of 5 stars
4.7 out of 5
105 global ratings
How are ratings calculated?
To calculate the overall star rating and percentage breakdown by star, we don’t use a simple average. Instead, our system considers things like how recent a review is and if the reviewer bought the item on Amazon. It also analyses reviews to verify trustworthiness.

Mrs Philippa Walter
5.0 out of 5 stars Great starter for kids
Reviewed in the United Kingdom on 4 December 2017
Verified Purchase
Love this book, 4 simple and easy meditations ideal for young children. I have my 6 and 9 year olds using the book and they really enjoy the sense of calm
Read more
One person found this helpful
Report abuse

DANNY BARRETT
5.0 out of 5 stars a lovely bedtime book.
Reviewed in the United Kingdom on 21 May 2013
Verified Purchase
im reading this lovely book to my boy as a bedtime read.it has given him things to think about before bed.the book is well written and full of great storys to help nerture yours and your childs spiritual path.a must have for a parent who wants to teach thier child compassion,love and peace.
Read more
One person found this helpful
Report abuse
See all reviews
Back to top
Get to Know Us
Make Money with Us
Let Us Help You
And don't forget:
© 1996-2021, Amazon.com, Inc. or its affiliates