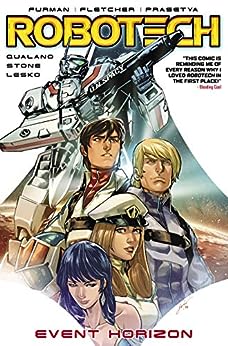 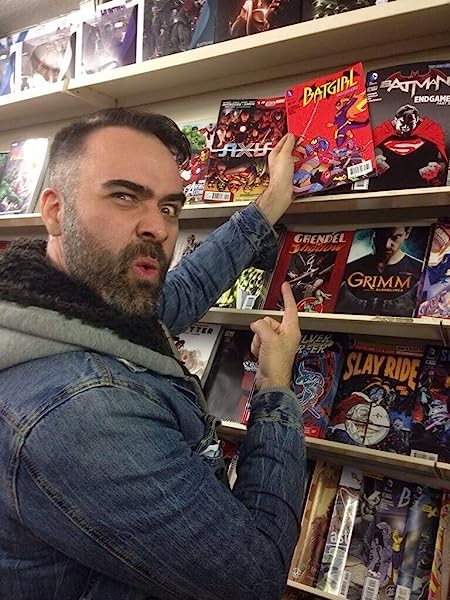 Boasting time-traveling fun and alien-blasting action, this is a collection that encapsulates everything comic books stand for. - Five out of five - ComicBookMovie --This text refers to the paperback edition.

Simon Furman is a writer for comic books and TV animation, with a major involvement in Transformers, the '80s toy phenomenon. He has written literally hundreds of stories about the war-torn 'robots in disguise'. His other comic book credits include Doctor Who, Dragon's Claws, Death's Head, Alpha Flight, Turok, She-Hulk, Robocop, and What If? In the TV animation field, Simon has written for shows such as Beast Wars, Roswell Conspiracies, Dan Dare, X-Men: Evolution, Alien Racers and A.T.O.M.. Simon's recent/current writing work includes StarCraft, Transformers: Nefarious, Terminator - Revolution, Ronan and Death's Head 3.0, Transformers UK, Wallace & Gromit and Torchwood.
He is also the author of numerous books and is currently the lead writer and has been the script supervisor for the animated TV show The Matt Hatter Chronicles. Marco Turini has worked on such titles Mighty Morphin Power Rangers, God Complex: Dogma. --This text refers to the paperback edition.

His current projects include the Eisner Award-nominated ISOLA and MOTOR CRUSH for Image Comics and ROBOTECH for Titan.

Brenden contributed the acclaimed FLASH story to the Eisner and Harvey Award winning WEDNESDAY COMICS, co-created the POWER RANGERS: PINK mini-series for BOOM! Studios and contributed to GHOST IN THE SHELL: GLOBAL NEURAL NETWORK and the ATTACK ON TITAN ANTHOLOGY for Kodansha.

He currently lives in Brooklyn, NY with his wife and two cats.

4.8 out of 5 stars
4.8 out of 5
76 global ratings
How are ratings calculated?
To calculate the overall star rating and percentage breakdown by star, we don’t use a simple average. Instead, our system considers things like how recent a review is and if the reviewer bought the item on Amazon. It also analyses reviews to verify trustworthiness.

scot soule
5.0 out of 5 stars robotastic!!!!!
Reviewed in the United States on 13 August 2021
Verified Purchase
great way to end the first series!!!!!
Read more
Report abuse
See all reviews
Back to top
Get to Know Us
Make Money with Us
Let Us Help You
And don't forget:
© 1996-2021, Amazon.com, Inc. or its affiliates