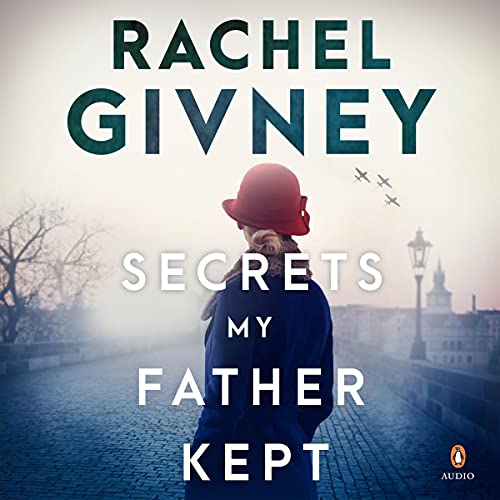 Secrets My Father Kept is a captivating novel about love, sacrifice, secrets and resilience, as the clock inexorably ticks down to a devastating world war.

It's February 1939. As the Fuhrer edges towards an invasion of Poland, total war looms in Europe.

However in Krakow, 17-year-old Marie Karska's primary concern is the unexplained disappearance of her mother 15 years ago, and her father Dominik's unbreakable silence on the matter. Even his wife's name is a secret he guards closely.

Dominik, a well-respected and innovative doctor at the local hospital, has devoted his life to caring for his only daughter. Yet a black fear haunts him - over the questionable act he committed to keep Marie safe. And with German troops now marching to the border, he needs to find her a husband. One who will protect her when he no longer can.

But Marie has already met the man she wants to marry: her childhood friend, Ben. She's determined that his Jewish faith won't stand in the way of their future together. And nor will her father's refusal to explain the past stop her from unpicking his darkest secret....

Switch between reading the Kindle book & listening to the Audible narration with Whispersync for Voice.
Get the Audible audiobook for the reduced price of $14.99 after you buy the Kindle book.
Learn more about membership
By completing your purchase, you agree to Audible’s Conditions Of Use and Privacy Notice.
Sold and delivered by Audible, an Amazon company

4.6 out of 5 stars
4.6 out of 5
81 global ratings
How are ratings calculated?
To calculate the overall star rating and percentage breakdown by star, we don’t use a simple average. Instead, our system considers things like how recent a review is and if the reviewer bought the item on Amazon. It also analyses reviews to verify trustworthiness.

Dan
5.0 out of 5 stars I highly recommend this book
Reviewed in Australia on 18 September 2021
Verified Purchase
I hope you pick up this one, I was hooked from the first chapter. Secrets My Father Kept is set during the lead up to WW2 showing the best and worst of humanity. A carefully written and well written novel I loved the medical scenes, the character Dominik and the twist at the end. A full five stars from me.
Read more
Helpful
Report abuse

Elizabeth
5.0 out of 5 stars Loved this book
Reviewed in Australia on 21 August 2021
Verified Purchase
I couldn’t put this book down, thought it was great. It was very well written and it kept me guessing until the end.
Read more
Helpful
Report abuse
See all reviews