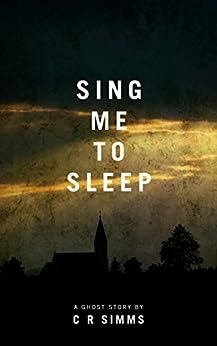 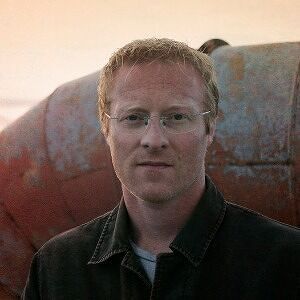 Sing Me To Sleep: A dark and unsettling psychological thriller Kindle Edition

by Chris Simms (Author) Format: Kindle Edition
See all formats and editions
Sorry, there was a problem loading this page. Try again.

Laura and Owen’s new home should be lovely. But, soon after moving into the secluded cottage on the edge of the Peak District, Laura starts to hear faint snatches of birdsong.

Her husband, wrapped up in his job, is rarely at home. Nervous and alone, Laura cannot decide whether the noise is real – or if it’s coming from inside her head. Her doctor can find nothing wrong with her hearing. Then an archaeological dig on a neighbouring hill unearths some disturbing finds – and Laura’s life starts to become terrifying...

This novel-length ghost story also includes the opening of the tense psychological thriller, Outside the White Lines.

‘Chris Simms has never shown any reluctance to chill the blood of the reader.’ (GOOD BOOK GUIDE)

‘Simms has written a gritty novel that grips from start to finish. I just couldn’t put it down.’ (HORRORSCOPE)

‘After many years of reviewing… it’s not often my jaded nerves get actually, physically jangled.’ (MORNING STAR)

A chilling thriller, this will have you leaving the light on when you climb into bed.’ (LOVE READING)

Chris Simms' acclaimed first novel in the DI Spicer series, KILLING THE BEASTS was selected as a Best Crime book for 2005 by SHOTS magazine. He was then selected as a Waterstone's Author for the Future, one of 25 writers tipped by publishers, editors and agents, to produce the most impressive body of work over the next quarter century. Since then he has been nominated several times for the THEAKSTON'S CRIME NOVEL OF THE YEAR and for CRIME WRITERS’ ASSOCIATION DAGGERS.

Chris lives near Manchester, on the edge of the Peak District in sight of a church perched on top of a hill...

Chris Simms' acclaimed first novel in the DI Spicer series, KILLING THE BEASTS was selected as a Best Crime book for 2005 by SHOTS magazine. He was then selected as a Waterstone's Author for the Future, one of 25 writers tipped by publishers, editors and agents, to produce the most impressive body of work over the next quarter century. Since then he has been nominated several times for the THEAKSTON'S CRIME NOVEL OF THE YEAR and for CRIME WRITERS' ASSOCIATION DAGGERS. Chris lives in Manchester. --This text refers to the paperback edition.

Chris Simms has worked in airports, nightclubs, post offices and telesales centres. Along with nominations for Crime Writers' Association Daggers and the Theakston's Crime Novel of the Year award for his novels and short stories, Chris was selected by Waterstones as one of their '25 Authors for the Future'.

The idea for his debut novel, Outside the White Lines, came to him in the early hours of the morning while broken down on the hard shoulder of the M40.

In October 2012, Scratch Deeper was launched - a new series featuring Detective Constable Iona Khan of Manchester Police's Counter Terrorism Unit. This was followed-up by another DC Khan novel, A Price To Pay.

Most recently, Chris has written two supernatural thrillers, Sing Me To Sleep and Rats' Nest. Both are receiving Amazon reader reviews that focus on the novels' frightening qualities.

Chris says he is drawn to books that give insights into unusual minds. The twisted desires of Frederick in John Fowles', The Collector; the tormented thoughts of Scobie in Graham Greene's, Heart of the Matter; the violent urges of Francie in Patrick McCabe's, Butcher Boy are all books Chris states had a major influence in shaping him as a writer.

4.0 out of 5 stars
4 out of 5
233 global ratings
How are ratings calculated?
To calculate the overall star rating and percentage breakdown by star, we don’t use a simple average. Instead, our system considers things like how recent a review is and if the reviewer bought the item on Amazon. It also analyses reviews to verify trustworthiness.

An Avid Reader
4.0 out of 5 stars Spooky as heck
Reviewed in Australia on 25 May 2016
Verified Purchase
Wow. So compelling! If you like stories like The Woman in Black or Japanese style horror tales that don't end with a neat and comfortable resolution, you will love this. Spooky and horrifying, gave me lots of chills and the sense of dread towards the end became really strong. Stayed in my mind after I read it.
Read more
One person found this helpful
Helpful
Report abuse

The Don
4.0 out of 5 stars Enjoyable
Reviewed in Australia on 4 February 2016
Verified Purchase
Well written and very enjoyable to read. Story really flows and characters really grow on you. Not supper addictive and not overly scary but is a great book all the same. A well put together mystery with believable people involved.
Read more
Helpful
Report abuse
See all reviews

M. Burchell
5.0 out of 5 stars Gripping story
Reviewed in the United Kingdom on 19 May 2022
Verified Purchase
I started this book just because it showed up at the end of a Patricia Fisher story and I couldn't decide where to go next. Wow! What a fantastic read. I just couldn't put it down. Totally unexpected storyline - very puzzling, not quite sure what was happening but I was convinced that I would figure it out in the next few pages. Did I heck! It puzzled me until the last page and, boy, what an ending!
Read more
2 people found this helpful
Report abuse

Dom
2.0 out of 5 stars Dissapointing
Reviewed in the United Kingdom on 8 June 2022
Verified Purchase
I'm rather disappointed by this book.

70% had practically no build up.
Suddenly stuff starts to happen but it's minescule and it completely lacked atmosphere.

Which is a shame because the writing is good.

If you're looking for a dark and unsettling psychological thriller, don't bother with this one.
Read more
One person found this helpful
Report abuse

R T Twinem
2.0 out of 5 stars Average disappointing horror story
Reviewed in the United Kingdom on 1 January 2016
Verified Purchase
Laura and her somewhat elderly husband Owen have moved from Richmond to a little village outside Manchester so that Owen can pursue his masterly conducting career and leave a rather frail lonely, and previously ill wife at home (well done Owen) The cottage they now live in appears to have questionable links to the previous owners and their son William. Laura feels something or someone is haunting both her and the cottage.... and good old Owen doesn’t give a **ck!

This is a below average horror story that for a limited period is a free download for the kindle (thank goodness it was free) and Chris Simms the author is a much respected crime writer “Outside the White Lines” was an excellent debut. However Sing me to Sleep is a very poor example of a haunted house/haunted community story, I recently read The Moorstone Sickness, and Sweetheart Sweetheart by the brilliant and often disregarded Bernard Taylor (both reviewed by me) They are astounding horror/suspense stories building rhythm and characters slowly and methodically expertly concluding in the most surprising and horrific manner.....I urge you to search out and read rather than waste your time on this inferior story.
Read more
3 people found this helpful
Report abuse

Tremse
5.0 out of 5 stars A creepy and unsettling tale
Reviewed in the United Kingdom on 12 May 2016
Verified Purchase
When Laura and Owen move to the edge of the Derbyshire Peak District, it's meant to be a new start for them after the stresses of living in London. Their new home was once derelict and has now been fully renovated but Owen is rarely home, leaving Laura alone in a remote and unsettling location.

The creepiness builds up slowly but surely and before long Laura finds herself in the midst of a frightening situation. As with all good supernatural stories, Laura knows something more is going on than she can explain but who does she turn to with her husband so absorbed in his work as the conductor of an orchestra and liable to snap at her whenever she tries to speak to him?

This is great read for anyone who likes an atmospheric and creepy supernatural tale.
Read more
One person found this helpful
Report abuse

Mrs. Rosalind A. Brennan
5.0 out of 5 stars Creepy
Reviewed in the United Kingdom on 12 August 2022
Verified Purchase
An unsettle creep story which I loved! Certainly left me thinking about it after I finished which is a sure sign it was good!! Shall def be reading more from this author!
Read more
Report abuse
See all reviews
Report an issue
Does this item contain inappropriate content?
Report
Do you believe that this item violates a copyright?
Report
Does this item contain quality or formatting issues?
Report