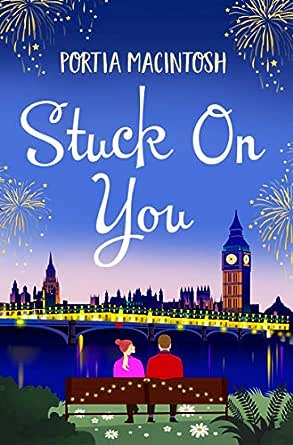 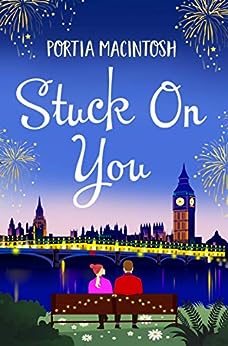 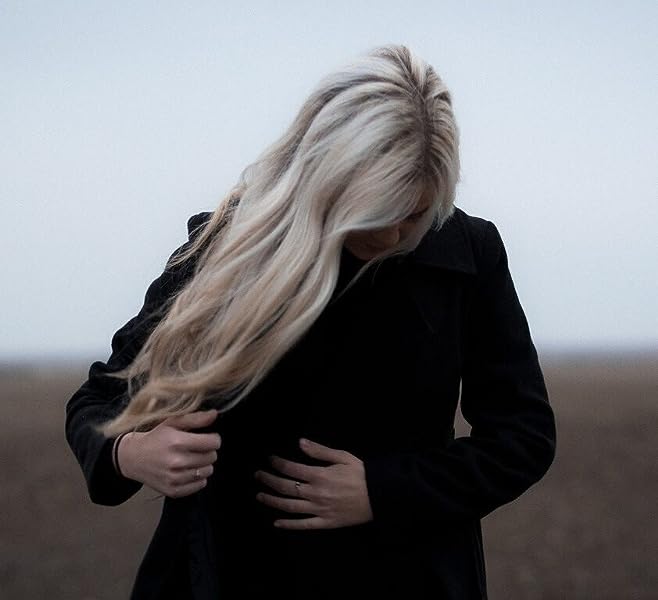 Stuck On You: The perfect laugh-out-loud romantic comedy for 2021 Kindle Edition

4.2 out of 5 stars
4.2 out of 5
687 global ratings
How are ratings calculated?
To calculate the overall star rating and percentage breakdown by star, we don’t use a simple average. Instead, our system considers things like how recent a review is and if the reviewer bought the item on Amazon. It also analyses reviews to verify trustworthiness.

megan
TOP 50 REVIEWER
4.0 out of 5 stars FUN, FAST-PACED AND ENTERTAINING
Reviewed in Australia on 20 November 2020
Romcom, ‘Stuck on You' is a super-fun, fast-paced story, with a few serious issues, some Christmas cheer and heaps of entertainment.
The characters are full of personality and the plot has some familiar elements, but also enough authenticity to keep interest high. Adorable Sadie Kirke is the assistant to the highly successful, but difficult art/photographer, Damien Banks. Her qualifications are undervalued as Damien treats her more as a girl-Friday – come PA – come counsellor (her professional goal is to be an art gallery curator). Damien's other employees exclude her because she’s unfairly considered the boss' tittle-tattle. Her only work friend is her unseen desk-buddy, Adam, but they only communicate through friendly post-it notes and comforting chocolate bars. Soon, demanding Damien finds himself in a creative slump and somehow, Sadie snaffles a challenging assignment for him to photograph. Sadie’s charming Yorkshire family are important to the plot, with their hilarious antics during their five days of Christmas celebrations (both Sadie and Damien join in). Under the circumstances, will Damien relax and show his other side to the honest and down-to-earth, Sadie?
Portia MacIntosh is a sharp and witty writer who creates humorous and madcap situations for her characters to shine. The only drawback for me? Why introduce a subplot (said challenging assignment mentioned above) and not address it in the denouement? SoY is a solid Christmassy read nonetheless.

Brutally Honest Reviews
TOP 100 REVIEWER
5.0 out of 5 stars Fun and charming, a messy couple finding love together
Reviewed in Australia on 17 September 2020
This was such a fun and charming read. Desperate to break into the cliquey world of art curation, Sadie has been working in tangential jobs for years, finally landing a role as the PA for top photographer Damian Banks. Unfortunately, Damian’s a nightmare, as she agrees with Adam, the guy she hot-desks with but has never met - they exchange cute post-it notes.

Damian’s a bit of a man-child who relies on Sadie utterly - to the point of getting her to dump girlfriends for him (yes, really!) - and my eyebrows did go up when I finally clued in that Damian was the love interest here. And then I thought, well… he’s basically the modern-day equivalent of a Regency rake, and I can buy that as a love interest, so why not this? Especially because the author does such a bang-up job of breaking down Damian’s walls as the story goes on - the scenes with him visiting Sadie’s Christmas-obsessed family in Yorkshire were an utter delight.

There’s a huge elephant in the room, though, and one I guessed fairly early on; Damian and Adam are the same person, which does mean he’s been lying to Sadie all along, and having his other staff play along with it; it verges over into gaslighting and I definitely found it uncomfortable. By the time it came out, Sadie was perpetrating a massive lie of her own by not telling Damian she’d got a new job and was quitting, but two wrongs do not make a right. The author did handle it well by having BOTH of them realise they’d been in the wrong and apologise properly, which I was able to accept, but things like this could well be triggering for people with gaslighters and liars in their past, so just be aware that this could be an issue for you.

With all that said, I honestly loved this story. Damian and Sadie were messy, but they were messy in a way that felt very real, human beings who are imperfect and stuff up but do their best to make amends for it to the people they love. I absolutely bought into the reality and longevity of them as a couple and I would definitely recommend this to anyone who loves a good British chick-lit rom-com. Five stars.

Disclaimer: I received a review copy of this title via NetGalley.
Read more
One person found this helpful
Helpful
Report abuse

Jing
3.0 out of 5 stars This is probably the worst review
Reviewed in Australia on 15 December 2020
So this story is very short and fast paced and depending on who you are and what you like, this might be amazing or the complete opposite. To me, I love sitting in my chair reading for the next few hours so this is not for me. I also think that the twist at the very end is very... common. I like a jaw dropping, wow factor twist and this one is very simple.
Read more
Helpful
Report abuse

Safari Plum
5.0 out of 5 stars This is what all romance novels should be like!
Reviewed in Australia on 24 January 2021
I really enjoyed this book. It had me laughing out loud. Awwing at the sweet moments and pulling my hair out too. I'm off to get another Portia MacIntosh book.
Read more
Helpful
Report abuse

Priya
5.0 out of 5 stars Was really stuck in it..well until till the end 😬
Reviewed in Australia on 1 January 2021
I mean it! I finished the book in one reading. Just couldn’t keep it down until it was complete . Loved Sadie and Damian and their chemistry. Had a chuckle on every dad joke...this definitely goes to my re-read shelf.
Read more
Helpful
Report abuse

Ingrid
5.0 out of 5 stars A Christmas romance
Reviewed in Australia on 3 November 2020
This should be made into a movie.

I don't normally like slow burns, but this was so sweet and funny. Going to go check out her other books immediately.
Read more
Helpful
Report abuse
See all reviews

Viv
1.0 out of 5 stars Definitely Not Stuck on You
Reviewed in the United Kingdom on 2 January 2021
Verified Purchase
I bought this book based on description and reviews. Either the reviewers read a different book or I missed the ‘ laugh out loud’ part. I really don’t understand how how this got so many good reviews. This was basically a one woman documentary. What she thought and what she saw “ Yawn” where exactly was the story.

If I could’ve given zero stars that would have been more accurate.

I really hate giving bad reviews but there was nothing I liked about this book.
Read more
Report abuse

araminta9
4.0 out of 5 stars Fun and a bit different.
Reviewed in the United Kingdom on 13 December 2020
Verified Purchase
I really enjoyed this and would have given it five stars, except that I found the family's protracted Christmas celebrations a bit too much for me. But an original read and I look forward to reading more by Portia Mackintosh.
Read more
One person found this helpful
Report abuse

MissMelsBells
4.0 out of 5 stars Another smash ...
Reviewed in the United Kingdom on 28 September 2020
Verified Purchase
Portia is fast becoming one of my favourite writers. You're guarteened a great story, genuine funny moments and heartwarming romance. This is a prefect read to start the rundown to Christmas.
Read more
Report abuse

Tracy H.
5.0 out of 5 stars Funny but lovely book
Reviewed in the United Kingdom on 22 September 2020
Verified Purchase
Absolutely brillant book couldn’t put it down funny but lovely and type of book I will always read hope to read a lot more of this type of boom .things always turn out alright in the end enjoyable book keep up the brilliant work hope to hear more books Thankyou
Read more
Report abuse

R. C.
5.0 out of 5 stars A great read
Reviewed in the United Kingdom on 1 October 2020
Verified Purchase
I was not sure at first but as I get into the book the more I like it
Read more
One person found this helpful
Report abuse
See all reviews
Back to top
Get to Know Us
Make Money with Us
Let Us Help You
And don't forget:
© 1996-2021, Amazon.com, Inc. or its affiliates