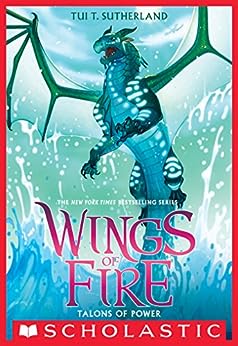 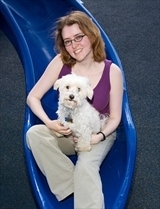 Noise: The new book from the authors of ‘Thinking, Fast and Slow’ out now.
Order your copy today. Click to explore.

Tui T. Sutherland is the author of the New York Times and USA Today bestselling Wings of Fire series, the Menagerie trilogy, and the Pet Trouble series, as well as a contributing author to the bestselling Spirit Animals and Seekers series (as part of the Erin Hunter team). In 2009, she was a two-day champion on Jeopardy! She lives in Massachusetts with her wonderful husband, two adorable sons, and two very patient dogs. To learn more about Tui's books, visit her online at tuibooks.com. --This text refers to the paperback edition.

Praise for The Lost Heir (Wings of Fire, Book 2): [A] perfect adventure for young fantasy fans to sink their teeth into. -- School Library JournalPraise for The Dragonet Prophecy (Wings of Fire, Book 1): Dramatic battle scenes, double-crosses, and one seriously deranged queen makes WINGS OF FIRE a series that should have broad appeal for middle-grade fantasy fans. -- BooklistFast-paced and detailed, this first installment in a new adventure series is entertaining. -- Kirkus ReviewsReaders of all ages will be enchanted by the humanistic storyline and the page-turning excitement. -- Library Media ConnectionA thrilling new series for dragon-lovers. -- Austin Family --This text refers to the hardcover edition.

4.9 out of 5 stars
4.9 out of 5
3,358 global ratings
How are ratings calculated?
To calculate the overall star rating and percentage breakdown by star, we don’t use a simple average. Instead, our system considers things like how recent a review is and if the reviewer bought the item on Amazon. It also analyses reviews to verify trustworthiness.

Amazon Customer
5.0 out of 5 stars Soooooooooooooo Good!!!!!
Reviewed in Australia on 28 April 2018
Verified Purchase
This book was sooooooo good! I highly reccomend this series. Personally I can't wait for the eleventh book to come out.

*SPOILER ALERT* (about the eleventh book)
The 11th book is about the lost continent, Pantela. (or Pantala, I can't remember) It is going to be in the P.O.V of the dragon Qibli and Moon meet in the epilogue of book 10. The prologue will be in the P.O.V of Clearsight.(If you don't know who she is, read the Legends of Darkstalker) There are going to be more tribes, new ones.

This review was meannt to be about Turtles book...whoops.
Ah well.

*SPOILER ALERT* (again)
Turtle enchanted a stick to hide him from Darkstalker, which amost didn't turn out so well.

This book is a must-read. So is the series
Read more
One person found this helpful
Helpful
Report abuse

Matthew Snelgar
4.0 out of 5 stars Talons Of Power
Reviewed in Australia on 19 May 2021
Verified Purchase
The boom was HEARTFLET, the right amount of violence, drama and twists for a 10 to 13 year-olds.

This passage DOES have spoilers:

I'm very happy that Turtle got his own book. I was very dense when Aninemie and Turtle had the anumis fight, but I was torn when Darkstaler took away Turtle's powers.
But lets start at the start.

After I had finshed Escaping Peril (book eight in the series) I was egered to get onto the next book, when Peril made the scroll go on fire and Darkstalker came out of the Earth, I felt sort of scared, I have grown to love all the dragons, I even know all there names (Clay, Princess Tsunami, Queen Glory, Starflight, Princess Sunny, Moonwatcher, Prince Winter, Peril, Prince Turtle, Qibly, and my favourite, Kinkajou. Also I am VERY UPSET that Kinkjou DOESN'T have he own book)
I had a feeling somebody might've died, luckliy for Turtle, he got stick and made it he couldn't be seen by Darkstalker the whole book. Then Darkstalker becomes King? but only about 50 dragons didn't follow him. Rest of the NightWings did... Like there was a "spell" there wasn't a spell, Darkslarker is just "natraly Charming" eh. But I did feel kind of bad for Darkstalker when Turtle followed Darkstarker ito the old NightWing Kingdom. Turtle tried to make him feel better but it didn't really work...
Then Tuetle followed Aniemie and stopped her from killing Queen Coral. Anemie changed so much, her soul was being affected by her magic, I liked Aneimie, I was so sad, she changed so much. she saved her sister, then was thinking about killing her!!! Luckly Turtle came ikn a stopped her, which wasn't as hard as you think, they did a whole fight with anumis magic! Then after the battle, after Turtle and Aniemie talked abouht not killing to each other, Darkstalker had summoned all anumis dragons all over from all 7 tribes to him, then made it no one could make a spell except Darkstalker, then Darkstalker asked Stonemover how many dragons there were in the room, Stonemove, not getting Turtles request for him to say 3, said that there was 4 dragons in the room other than him, these dragons are, Turtle, Anemie, Stonemover, and some sandwing that didn't have a name. Darksalker knew that a dragon was hiding from him. Darksalker got Kinkajou and said that if Turtle didn't come out, he would kill Kinkajou, Turtle reveled himself and he lost he's powers.

From that little say in what happened is just little bits I took out of the book, you can see, it is a perfect book for people whichb are looking for a book to read that is also turnikng into a TV show!

If you made it this far in my reveiw, I always do a secret word, and the secret word today is… HeadCandy
Read more
Helpful
Report abuse

Amazon Customer
5.0 out of 5 stars amazing... for the third time
Reviewed in Australia on 16 March 2018
Verified Purchase
continueing there quest the seawing Animus turtle is hidden from the darkstalker in the next episode of hairraising events.
tottaly recomend this book as it is beutifully writen and brings to life an amazing wrld of dragons
Read more
Helpful
Report abuse

Amazon Customer
4.0 out of 5 stars talons of power (wings of fire book 9)
Reviewed in Australia on 11 August 2017
Verified Purchase
this wings of fire book was absolutely amazing . the darkstalker is freaky And evil turtle is so cool and anenemone is hard to figure out. i cant wait to find out what quibli in the next book when i read it.
Read more
One person found this helpful
Helpful
Report abuse

Stuart Mason
5.0 out of 5 stars Love this!!!
Reviewed in Australia on 16 March 2019
Verified Purchase
its agreat book about the darkstalker whos like, MEGA, evil!!
totes read this book its so great! loved it! i could not put it down!
Read more
One person found this helpful
Helpful
Report abuse

Karen B
5.0 out of 5 stars Love it
Reviewed in Australia on 17 February 2020
Verified Purchase
My girls and I love this series, it’s exciting, has many great story lines, some humor and danger, and we love discussing who is up to what and what’s going to happen next.
Read more
One person found this helpful
Helpful
Report abuse

Amazon Customer
5.0 out of 5 stars Brilliant
Reviewed in Australia on 26 April 2017
Verified Purchase
Amazng i loved everything about the bookur series r the best Tui.S. o yeah btw is darkness of dragons the last book of the series cuz in the desc it said concusion. i hope u keep on writing amazing books like this one !!!!!
Read more
Helpful
Report abuse

Zac Leman
5.0 out of 5 stars THIS WAS THE BEST BOOK EVER!!!!
Reviewed in Australia on 29 July 2017
Verified Purchase
I want to say 6 words THIS WAS THE BEST BOOK EVER!! It was full of unexpected twists. I recommend this book for ages 9-14! Warning this book contains cliffhangers!
Read more
2 people found this helpful
Helpful
Report abuse
See all reviews

Marcus
5.0 out of 5 stars Another Brilliant Book!
Reviewed in the United Kingdom on 28 December 2016
Verified Purchase
This long awaited book exceeded all my expectations. A great plot from the start, it kept me hooked the end. I can't wait for the next. If you love the Wings of Fire series you will not be disappointed.
Read more
5 people found this helpful
Report abuse

Masha F.
5.0 out of 5 stars Amazing!!!
Reviewed in the United Kingdom on 12 March 2021
Verified Purchase
I have read this book series from the start and it was amazing!When I started reading the first I was a bit confused but soon after I started I could not stop reading!
realy recomend!
Read more
Report abuse

Amazon Customer
5.0 out of 5 stars World of magic.
Reviewed in the United Kingdom on 6 November 2018
Verified Purchase
An enjoyable and stimulating voyage into the world of magic and illusion.
Read more
Report abuse
See all reviews
Back to top
Get to Know Us
Make Money with Us
Let Us Help You
And don't forget:
© 1996-2021, Amazon.com, Inc. or its affiliates