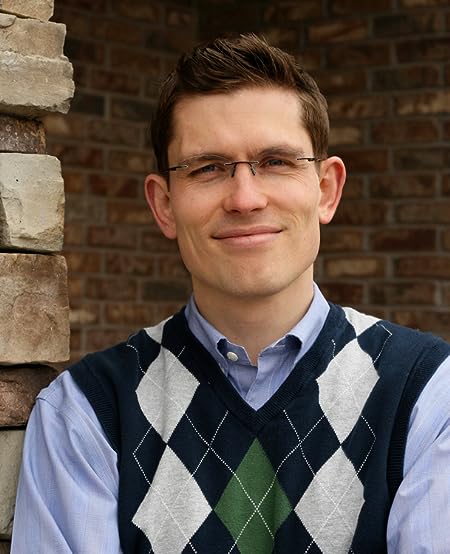 After graduating from Brigham Young University, Jacob studied in the clinical-community psychology doctoral program at the University of Illinois, Urbana-Champaign. His dissertation research examined competing narratives of medical treatment for depression. After finishing his PhD, Jacob accepted a position as research director at Utah Youth Village, a nonprofit for abused children and families in crisis. In recent years, his focus has been long-term treatment outcome studies and developing in-home, public health interventions for depression. With mindfulness teacher, Tom McConkie, Jacob recently started a new non-profit, All of Life (www.alloflife.org)--with an aim of developing online, risk-factor oriented classes for depression, anxiety and ADHD.

Jacob has published 12 peer-reviewed articles and one book, in collaboration with Dr. Phil Neisser (State University of New York, Potsdam) entitled, "You're Not as Crazy as I Thought (But You’re Still Wrong) Conversations between a Devoted Conservative and a Die-Hard Liberal." His upcoming second book is a discourse analysis of the conversation about romance in the United States: "Once upon a time...they weren't feeling it anymore: Fleeting affection, passing attraction and the elusive happy ending." Jacob is married to Monique Moore, with one 18 month-old boy who makes sure his daddy smiles at least 9 times a day. 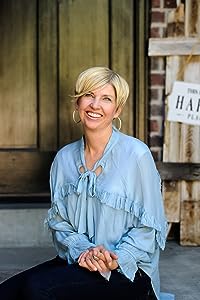 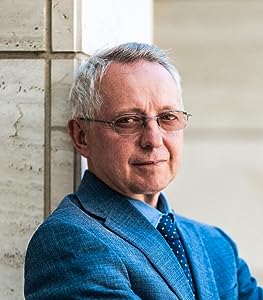 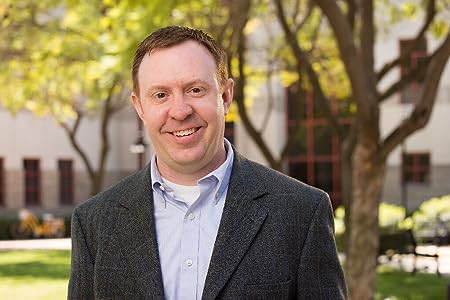 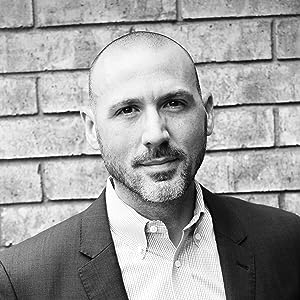 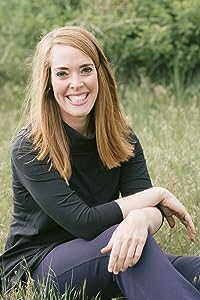 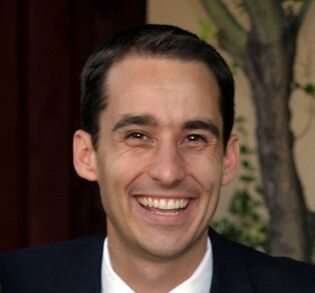 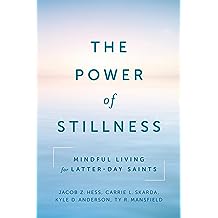 Latter-day Saints are great at getting things done. But sometimes an excessive focus on “doing more” can take us to a place where we’re mostly going through the motions—and missing the deep, rich spiritual power that can come from being still. Using Latter-day Saint vernacular and examples, The Power of Stillness explores ways in which mindfulness can help deepen our conversion to the gospel. Infusing our homes with more stillness, silence, and space can reinvigorate the joy inherent in our faith and help us feel calmer, more present and engaged in our lives, and more spiritually connected to our Savior.

Praise for The Power of Stillness

There seems to be a lot of buzz about stillness these days—an interesting paradox. Sadly, our world has pitted religion against spirituality as we strive to live more mindfully. This book reminds us we need both! We don't leave the Church in search of stillness. We find it within our covenant relationship with Christ. Take a break from the crazy business of life and read this book. You will be glad you did.
—Brad Wilcox, BYU professor and author of The Continuous Atonement and Changed through His Grace

Historically, contemplation (or meditation) has played a crucial role in Christian life and faith. This book represents an important step toward bringing this vitalizing spiritual practice back into view in the restored gospel.
—Thomas McConkie, Founder, Lower Lights School of Wisdom

The Power of Stillness is changing how I relate to my physical and emotional suffering, my work and my weakness, my most loving and my most troubling relationships, and my deepest spiritual struggles and longings. That’s a lot to ask of one book. This one delivers. The book helps us build a crucial spiritual skill most of us don’t even know we lack: the ability to be resiliently, compassionately present—with ourselves, with others, and with God.
—Wendy Ulrich, PhD, author of Live Up to Our Privileges: Women, Power, and Priesthood 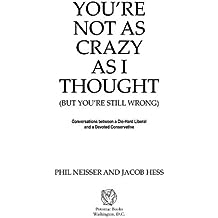 You're Not as Crazy as I Thought: Conversations between a Die-Hard Liberal and a Devoted Conservative 30/04/2012
by Phil Neisser, Jacob Hess
( 9 )
$31.31
Americans have been divided along political lines for so long that they have nearly forgotten how to talk to one another, much less how to listen. This is not likely to improve as long as differences between them continue to be cast in overly simplistic terms, such as “ignorance” vs. “enlightened awareness” or “morality” vs. “reprobate immorality.” Such dichotomies ignore the fact that many citizens who disagree politically nonetheless share a desire to work for the larger good of society. Phil Neisser, a self-described “left-wing atheist,” first met Jacob Hess, a social conservative, at the 2008 proceedings of the National Coalition for Dialogue and Deliberation. After discovering a shared commitment to cross-party dialogue, they embarked together on a yearlong attempt to practice what they preached. In this book they share the result by exploring the boundaries of core disagreements about morality, power, gender roles, sexuality, race, big government, big business, and big media. Each chapter revolves around an issue explored in depth through back-and-forth, lively question and response. This nuanced, iterative process was transformative for both authors, and could likewise serve as a valuable resource for anyone—liberal or conservative—who feels disillusioned by today’s often shallow, demagogic public discourse.
Read more
Other Formats:: Hardcover
includes tax, if applicable
Back to top
Get to Know Us
Make Money with Us
Let Us Help You
And don't forget:
© 1996-2021, Amazon.com, Inc. or its affiliates